Copycats or the leading lions of Africa?

LEADERSHIP is often the underlying goal when boards of directors and senior corporate executives embark on strategy formulation. Unfortunately, “followership” is often preferred in practice — a worrying trait as Africa tries to shake off its status as the continent that is perennially at the back of... 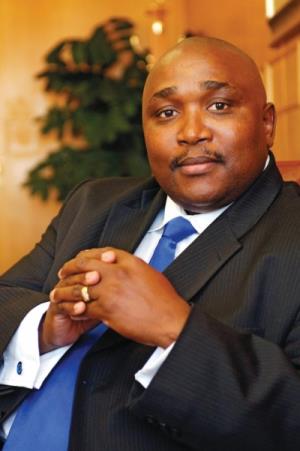 LEADERSHIP is often the underlying goal when boards of directors and senior corporate executives embark on strategy formulation. Unfortunately, “followership” is often preferred in practice — a worrying trait as Africa tries to shake off its status as the continent that is perennially at the back of the queue.

Two common factors are usually apparent. The first is the urgent need for answers and the second is the habit of dependence.

Directors and CEOs are under pressure to produce results, which is why they call in leadership and strategy consultants in the first place.

The subconscious desire is for a quick fix. Off-the-peg solutions can then seem irresistible, while the consultant’s role may be seen solely as that of a facilitator of best practice from elsewhere.

In fact, a more fundamental assessment is necessary if the uniqueness of an organisation’s situation is to be understood properly.

Leaders can focus so strongly on answers that they fail to ­understand the questions properly. Yet a thorough understanding of problems invariably leads to new appreciation of leadership opportunities.

However, it requires discipline to spend time within the problem, thinking through the possibilities.

Thinking is good, but a leader’s starting point is listening. Again, it is necessary to be thorough about it by listening to all stakeholders.

One of our continent’s big problems is lack of infrastructure (one result of coming last), but even this can be turned to advantage.

Most countries in Africa don’t have to worry about amortising investments in old smokestack industries. Without this baggage, African business can focus instead on new, green industries.

Sometimes we make a start, but fail to follow through. For instance, the wind-up radio is an Anglo-African ­development that was commercialised in South Africa.

Other ideas came through like wind­-up cellphone power generators and wind-up torches, but you can’t help thinking that if this breakthrough had been pioneered by the Asian Tigers or the United States, a substantial wind-up industry would today be in place.

Our continent is potentially the world’s biggest cellphone market, thanks to a combination of long ­distances and almost non-existent telephone-line networks.

Our need for affordable, reliable communication should turn us into the drivers of cellphone-industry ­innovation, but the tendency is to wait for 3G and 4G solutions to be developed in Europe, the U.S. and Asia.

This brings us to the second impediment to real leadership — the habit of dependence.

We are well aware of the scourge of “dumping” in a trade sense, but fail to realise that intellectual dumping also happens.

Some of our teachers regard ­outcomes-based education as an example. We decided to cut and paste an educational prescription from international sources, when we might have developed initiatives suited to our own circumstances if we had the discipline to deal with the problem and define our own solutions.

While it is important to learn from the First World, our last-mover advantage allows us to learn from its mistakes … and then do something else.

We should also have the confidence to pursue our own best interests.

Leaders know where profit and growth lie, and are not afraid to head in that direction.

A current example involves our membership in the Brics (Brazil, Russia, India, China and South Africa) group of emerging economic powers. The Brics forum can become a ­talking shop or can be commercialised to our advantage.

Ways of achieving this goal become evident simply by applying the ­mantra “turn the problem into the opportunity”.

South Africa suffers from geographic isolation. We sit at the tip of Africa rather than its centre. We’re at the end of the line — being the hub would suit us better.

Our hub objective might be realised by seeking a Brics role as a ship­building centre and seaborne freight-services provider on the Brazil-SA­India-China trade route.

As shipping services provider to the Brics, we would become central to the new economic-power bloc.

To achieve the desired differentiation, we have to overturn past norms. Leadership like this requires courage as you deliberately set the country (or organisation) apart.

Dramatic achievement of leadership status is rarely achieved, and ­admittedly, it’s safer not to stand out.

Perhaps we crave acceptance ­rather than leadership. There are historical reasons for this. Many of those reasons — generations of exploitation and colonisation — also applied in the East.

That did not inhibit the emergence of the Asian Tigers. They were not content to remain copycats. They sought future advantage from the ­disadvantages they suffered in the past. If we are so keen to learn from overseas, let’s learn that lesson as well.