HOUSES worth more than R1 million, each in up-market Pietermaritzburg neighbourhoods, have allegedly become nests for criminals, prostitutes and vagrants, raising concerns among nearby residents. 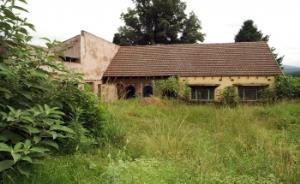 HOUSES worth more than R1 million, each in up-market Pietermaritzburg neighbourhoods, have allegedly become nests for criminals, prostitutes and vagrants, raising concerns among nearby residents.

Two houses in plush suburbs of the Townhill area have been “abandoned” for more than 18 months. A house in Northern Park has been badly vandalised and in Wembley a tree has grown in front of a property’s garage, where an old car remains parked. Both houses have swimming pools filled with filthy water.

Townhill Community Policing Forum (CPF) chairman Stuart Knight said the abandoned houses are being used by criminals as a haven, affecting the entire neighbourhood’s safety. “These houses are a health and fire hazard and are a security risk.”

Knight alleged that criminal activities are being carried out in the houses and police cannot do anything because the houses are private property. He said all types of crimes happen in one or both houses.

“Criminals, vagrants and prostitutes, stay in these houses,” he said.

Number 51 Macleroy Road in Northern Park has been completely vandalised, with windows and door frames missing. Kitchen cabinets, sinks and the stove are broken.

The owner of the house, Shannaz Essop, said she will take care of the property. She denied that vagrants are using the house, saying her employees are staying there.

She said the house was broken into “a long time ago”, but that her neighbours and the CPF did not report this to the police or to her.

“Let me tell you how concerned are my neighbours. When the house was broken into, they did not report [it] to the police and they also failed to phone me about the burglary,” she said, adding that she found out two months after the burglary.

Essop claims vandalism happened at that time and that she has been saving to rebuild the house.

She said the municipality has given her two weeks to sort things out in the house.

“I have two weeks to sort things out and I am ready. An architect from Durban will start working on the property,” she said.

Number 19 Fettes Road, Wembley, looks secure from the front and is surrounded by fenced properties blocking any unauthorised entrance.

However, a pathway is visible through the overgrown backyard and a window has been left open. Knight said vagrants and criminals gain entry through the kitchen window.

He said the owner of the house, Jane Libercheck, is staying at a bed and breakfast in town.

Libercheck said her house is a private affair and she did not want to discuss it with the media.

She, however, expressed concern about the criminals who are staying at her house.

“I am also concerned, but this will be taken care of and it’s for me to know [when],” she said.