AN increase giving uMngeni municipal manager Dumisani Vilakazi a whopping R1,3-million salary package has raised questions around a suppressed forensic report that fingers him and two other senior managers for maladministration. ... 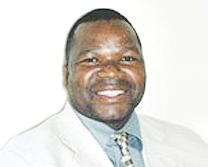 AN increase giving uMngeni municipal manager Dumisani Vilakazi a whopping R1,3-million salary package has raised questions around a suppressed forensic report that fingers him and two other senior managers for maladministration.

The report on the investigation was given to the municipality about a year ago, with recommendations that disciplinary action be taken against Vilakazi, the municipality’s chief financial officer Bertus van der Merwe and the head of the technical services department, Eric Svensson.

The report further recommended a criminal inquiry against Van der Merwe and Svensson for allegedly committing fraudulent acts in excess of R100 000. This related to allegedly requesting invoices from uMngeni Municipality suppliers for work that was not completed.

The investigators said there was a statutory obligation on senior management of the municipality and the council to report this information to the South African Police Service in terms of the Prevention and Combating of Corrupt Activities Act (PCCA). According to this act, if you are a senior person in authority and don’t report suspicion of corruption in excess of R100 000 to the SAPS, you are guilty of a criminal offence.

Council was also advised to lodge civil claims to get back money that was unauthorised, fruitless or wastefully spent.

The investigation was instituted by former MEC for Local Government Mike Mabuyakhulu in terms of Section 106 of the Municipal Systems Act.

The MEC appointed Ubuntu Forensic Services to look into three areas. These were:

) The non-procedural acquisition of a property housing the mayor.

) An alleged corrupt relationship between the municipal manager and Johathon Du Toit of DDT Civils, a supplier of the municipality.

) Alleged irregular and/or inflated remuneration and bonus packages received by the general managers of the municipality.

The report was given to the speaker of the uMngeni Council, Suraya Pillay, by the MEC’s office on July 31, 2008. She was instructed to table the report at a full council meeting within 21 days for councillors to decide how to act on the recommendations.

Pillay asked for an extension to get legal advice on the report. Seven months later, in March 2009, an executive summary of the report was presented to a confidential council meeting.

The report remained wrapped in confidentiality and no action appeared to have been taken. Interest was sparked in the matter when senior managers were given hefty pay rises, making Vilakazi the second highest earning municipal manager in the province after eThekwini head Mike Sutcliffe, who earns R1,6 million.

Media have reported that Sutcliffe controls a budget of R24 billion, compared to Vilakazi’s R220-million budget.

uMngeni Mayor Edward Dladla was contacted to find out whether Vilakazi and the senior managers have been cleared of the allegations. He expressed disquiet that The Witness had a copy of the forensic report, which was being treated as confidential by his council. He referred the query to legal advisor Matthew Francis.

According to Francis, the reason the report was being treated as confidential was because the investigation was incorrectly instituted by the MEC.

He said all information, including municipal records, were acquired by way of subpoenas. If information is obtained thus, the investigation becomes a commission of inquiry and only the premier is authorised to set this up.

Francis cited the case of the KZN MEC for Local Government versus Umlambo Trading in which Judge Chris Nicholson gave this ruling and it was upheld by the Supreme Court of Appeal. He said in light of this the council noted the legal difficulties associated with utilising the Ubuntu Forensic report as the sole basis for implementing the recommendations. Hence it resolved to institute its own investigation into the allegations. He said the council appointed Messrs Dobbeyn Administration cc to investigate the alleged maladministration at uMngeni Municipality and the same terms of reference that gave rise to the appointment of Ubuntu Forensics would apply.

Francis added that the investigation began on June 1 and that Dobbeyn undertook to complete the task within two months.

According to sources, the issue around the subpoenas is contentious. They say the inquiry was initiated and conducted in the spirit of co-operative governance. The municipality was expected to make information available, but staff refused to co-operate unless they were subpoenaed. Now the findings of the investigation are being declared invalid because subpoenas were used.

On remuneration packages, the report alleged:

) Municipal manager Dumisani Vilakazi inflated the “cost to company” remuneration packages of general managers by inflating their travel allowances, resulting in a potential annual overpayment of R1,4 million, calculated as on July 1, 2007.

) No taxes were withheld on the performance bonuses paid on June 30, 2006, to nine municipal employees.