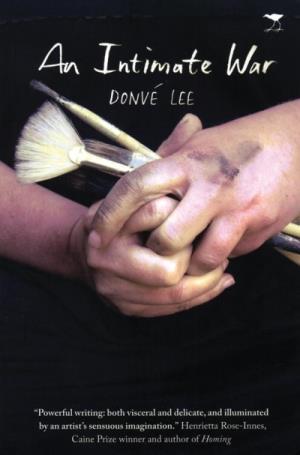 AN ambitious work, the subject matter of An Intimate War is a scorching affair between an artist and her lover. It’s so hot, that someone is bound to get burned.

She is addicted to him; he is a misogynist who acts like he believes that women are there only for his physical pleasure. He has suffered the rejection of his male member by a lesbian aunt as a child (I am so over negative stereotypes of gay people in literature). This baggage weighs him down as an adult and the women in his life ultimately pay as he hurts them, manipulating their adoration of him until they are broken apart.

The lovers’ relationship is essentially destructive, but she is unable to break the psychic chords she has with him, even after he has moved on to other lovers. The only redeeming factor in their relationship is that they have great sex. Lots of it. All over the place. It becomes a little tedious at times, because as any sagacious reader knows, sex does not make bad relationships good, no matter how great it is.

Donvé Lee layers the dark story line with ample amounts of stream-of-consciousness descriptions, psycho-analytical explanations for appalling behaviour, hippyish spirituality and symbolism for effect. The basic story premise is ages old; despite the effects of feminism and financial independence, women too often stay with an immature and sadistic man at the expense of self-esteem and happiness.

I found myself irritated with the main protagonist artist, wishing she would summon the courage to leave the man already and move on to independence and perhaps a healthier love interest.

It would be a lie to say I enjoyed this book, but it was a compelling, if disturbing, read.