THEY say everyone loves a good, old-fashioned fight, and more so when the little guy is from the Midlands and has battled a multi-million rand retail giant and won. ... 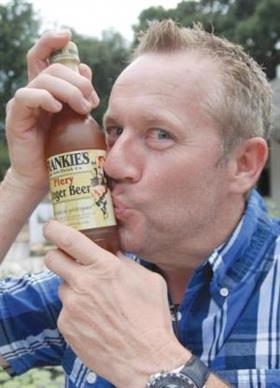 THEY say everyone loves a good, old-fashioned fight, and more so when the little guy is from the Midlands and has battled a multi-million rand retail giant and won.

Mike Schmidt, the managing director of Frankie’s Olde Soft Drinks, was the flavour of the day yesterday, with media lining up to interview him, after the Advertising Standards Authority (ASA) ruled in his favour against Woolworths.

The ASA ordered Woolworths to withdraw packaging carrying the phrase “good old fashioned” on its vintage soda range, which it copied from Frankie’s softdrinks.

For Woolworths it was a case of having to swallow its pride and admit it had also lost the public relations battle.

In an attempt at damage control it went further than the ASA ruling, announcing last night that it would take the offending softdrink brand off its shelves.

In a statement the retailer’s CEO, Ian Moir, said Woolworths was disappointed by the ruling, but would abide by it.

Moir said: “While we maintain that we have not copied the Frankie’s range, it is clear that public sentiment is against us.

“Customer opinion is much more important to us than the right or wrong of the issue, and the trust of our customers is more valuable to us than a product range.”

With this in mind Woolworths had decided to go the whole hog and withdraw the range from its shelves.

The Witness understands that Woolworths will dispose of its stocks by selling what is already on the shelves and donating the remaining stock to charity.

Schmidt, who was at his home near Balgowan in the Midlands when he received the ruling, said he had been dreading the phone call about the verdict.

“Although we had all the evidence, this kind of decision can go either way and so I am very happy that the decision went our way.”

Schmidt said that he had been gutted after Woolworths had copied his product.

“What they did was deliberate; the names of their flavours, the packaging and even the point of sale line were things that I and my wife came up with in our company.

“And to see all that hard work being taken over by someone else made me very angry,” he said.

While Woolworths insists it didn’t copy Frankie’s, the ASA was not convinced: “As for whether the respondent [Woolworths] imitated the complainant’s advertising, the evidence favours the conclusion that it did.”

Lawyers for Woolworths had argued that the phrase did not appear on Frankie’s packaging and was not used as a trade name.

They questioned whether Frankie’s could appropriate the words, as the softdrink manufacturer could not claim exclusivity or originality in the phrase.

The lawyers submitted that other companies were followers of a recent worldwide trend of vintage soda flavours. Woolworths also did not use the term for advertising or trademark purposes, but as a description of the flavour.

In the ruling the ASA considered that Frankie’s use of the phrase was not merely descriptive, as Woolworths had claimed.

“The directorate notes that although the concept of ‘vintage’ sodas may not be as new in other countries, it appears to be relatively unexplored territory in South Africa.”

Hence, this was insufficient evidence to support the argument that the term “old fashioned” was widely used in relation to softdrinks.

As such, “Good Old Fashioned Soft Drinks” was found to be a crafted advertising property.

On April 15 Frankie’s sent a letter to Woolworths’ supplier indicating it considered the phrase to be its advertising property.

Despite being aware of the claim and the fact that other phrases were considered for the products, Woolworths continued to use “good old fashioned” on its vintage range.

The ASA found Woolworths had “deliberately and intentionally copied the phrase”.

It ruled the packaging in its present format had to be withdrawn and could not be used again.