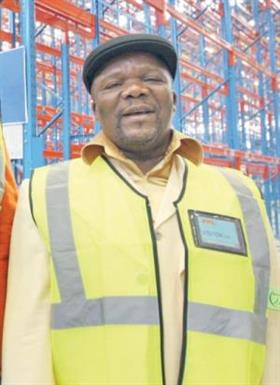 The former councillor for Msunduzi Municipality and erstwhile Robben Island prisoner — popularly known as “Sathane” (Satan) — died from a stroke.

A family spokesperson, Zungu’s nephew Sithembiso Ndlovu told The Witness that Zungu was at his Scottsville Extension home with family members and acting community services manager Kwenza Khumalo when he collapsed at about 1am. He was rushed to Medi-Clinic where he was treated before being taken to Edendale Hospital.

Zungu (54) was a short man who walked with a swagger and wore his confidence well and spoke loudly. Local ANC comrades recalled that late struggle stalwart Harry Gwala gave Zungu his nickname Sathane.

They said that he was deployed by the political prisoners, such as Gwala, to snoop into the prison warders’ confidential documents while executing his task of painting their offices.

Zungu would memorise what was on the documents and give feedback to his fellow inmates.

According to his fellow comrades this led to Gwala apparently labelling him as undetectable as Satan. Ndlovu said that his death came as a shock to the family as Zungu was not a sickly person. He said his uncle only suffered from high blood pressure and sinus problems.

Zungu, a former member of ANC armed wing uMkhonto Wesizwe, courted controversy while he was in council. He was one of the executive committee members who was removed from the municipality when it was placed under administration in 2010. He was removed along with former mayor and deputy mayor, Zanele Hlatshwayo and Mervyn Dirks.

Despite his removal he was never charged for any impropriety at Msunduzi, but he did face charges from an earlier spell as a district councillor at uMgungundlovu.

Zungu was charged along with former fellow councillors Lucky Moloi and former Msunduzi deputy mayor, Alpha Shelembe for allegedly colluding to persuade the uMgungundlovu district municipality to buy the MIB building in Langalibalele Street in 2003 at an inflated price.

The extra R1 million was allegedly shared as commission among the accused. The case is currently in the courts. He was the subject of an early morning raid by the Scorpions in 2007 which turned out to be related to the corruption charge over the sale of the MIB building.

Friends and comrades came in their numbers yesterday to offer their condolences to the grieving Zungu family. Former councillors and a member of the provincial legislature, Sipho Gcabashe, were among those who visited the family.

Zungu’s friend Dirks, who was celebrating his birthday yesterday, said the stress of being unemployed may have contributed to Zungu’s stroke.

He said contrary to what most people thought about Zungu, he did not own any businesses.

He said Zungu lived on his council salary and when that stopped he was devastated.

Secretary of the ANC Moses Mabhida region, Super Zuma, said that the organisation had been robbed of an immensely intelligent person.

“When I visited him at his home [a few hours before he died] he was saying that comrades should unite … We hope that his spirit will unite comrades in the region,” he said.

Zungu’s memorial service will be held on Friday afternoon at the Pietermaritzburg City Hall and he will be buried on Sunday.

The funeral service will also be held at the city hall.