Div gambles on the eve of Ireland Test

SPRINGBOK coach Peter de Villiers, with his job on the line, has taken an extraordinary gamble in selecting discarded fullback Zane Kirchner at centre for tomorrow’s Test against Ireland in Dublin.... 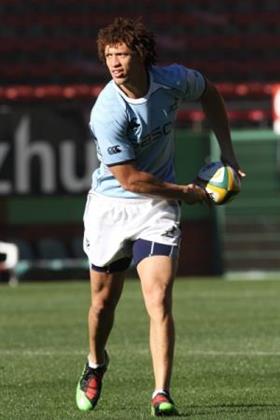 SPRINGBOK coach Peter de Villiers, with his job on the line, has taken an extraordinary gamble in selecting discarded fullback Zane Kirchner at centre for tomorrow’s Test against Ireland in Dublin.

The Bok coach has included Bulls fullback Kirchner, who was dropped from the Springbok team during the Tri-Nations, in the unfamiliar position of outside centre in place of Adi Jacobs who is desperately short of rugby after a six-month break but is a specialist No 13.

The Boks could have two players out of position in the midfield if injured inside centre Jean de Villiers also withdraws. Sharks flyhalf Pat Lambie, who has only had a couple of outings at centre, is standing by to replace De Villiers who damaged a groin in the Currie Cup final and has spent the week on the sidelines.

Kirchner was only added to the tour squad during the week when the injured Juan de Jongh withdrew. Another late Bulls addition to the squad, flank Deon Stegmann, has also leapfrogged his way into the starting line-up, gaining selection ahead of Sharks loose forward Keegan Daniel.

Stegmann, who will make his Test debut tomorrow, has replaced the injured Schalk Burger in the starting line-up.

The talk from the Bok camp is that De Villiers has ignored the wishes of his two fellow-selectors, convenor Peter Jooste and Ian McIntosh, and has again been influenced by (Blue Bull) players in choosing Kirchner and Stegmann ahead of original inclusions.

It surely would have been logical, when De Villiers emerged from the Currie Cup final with an injury, to have included another specialist centre (Meyer Bosman or Andries Strauss) in the tour group.

Lambie, if he replaces De Villiers as seems likely, will be the second new cap in the starting line-up.

There are two new caps on the bench. Willem Alberts, also injured and facing a late fitness test, is bracketed with Daniel while another Shark, wing Lwazi Mvovo, will join the replacements if Lambie is promoted to the starting line-up.

Former Shark Ruan Pienaar, now with Ulster, is back in favour and was named at scrumhalf ahead of Francois Hougaard.

The team shows eight changes (nine if De Villiers is unavailable) to the one which ended the Tri-Nations against Australia in September.

The six definite survivors are Bryan Habana, Morne Steyn, Pierre Spies, Juan Smith, captain Victor Matfield and Jannie du Plessis. A seventh, Francois Hougaard is on the bench, while Frans Steyn will only join the squad after the Ireland Test.

“It’s a new-look side but with 13 season-ending injuries it couldn’t be anything else,” said De Villiers, when announcing the team in Dublin yesterday.

“But we’re looking on the positive side and this is a great opportunity to test some new players in the toughest conditions.

“We also have a number of senior players returning to the team after long lay-offs for one reason or another and they are keen to re-stake their claim to a starting place. We’ve not had much time to bed this new team together but the players have worked hard all week to be as well prepared as we possibly can be.”

Front rowers Tendai Mtawarira, after his passport problem, and Bismarck du Plessis, back from injury, are having their first Tests of the season and lock Bakkies Botha is available again after his lengthy suspension.

De Villiers defended his midfield selection, pointing out that he had lost centres Jaque Fourie, Wynand Olivier, possibly Jean de Villiers and Juan de Jongh to injury while Frans Steyn only joins the squad next week.

“This had made the backline selection challenging,” he said.

“Our hand has been forced in our centre selection,” he said. “Hopefully Jean will recover in time but if not, Patrick Lambie has played at inside centre for the Sharks before he was moved to 10 and Zane is defensively strong and a strong ball-runner.”

The pack is more settled with only debutant Stegmann having played fewer than 20 Tests.

“Deon is an openside in the traditional style and has been outstanding for his province,” said De Villiers. “He is used to playing with Pierre and we need an out-and-out specialist to counter Ireland at the breakdown.”

The Test kicks off at 7.30pm tomorrow.