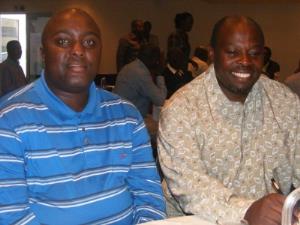 Speaking at a meeting at the Margate Hotel, Mosery also encouraged the traditional leaders present to help identify critically ill voters so that they can be visited and asked to vote next year.

Mosery was addressing Ugu traditional leaders in an effort to share information about their preparations for next year’s elections.

“I am happy to have heard the Ugu District Local House of Traditional Leaders spokesperson, Inkosi Sazi Ndwalane, emphasising that peace has to prevail during election time and that there should be no no-go areas or intimidation of any political party,” Mosery said.

“Political tolerance is very important for a free and fair election.

“We do not want to see unnecessary violence and bloodshed during the elections”.

Mosery added that the elections will be held on a Wednesday in May next year.

“I am not in authority to announce the election date, but the Minister of Co-operative Governance and Traditional Affairs, Scelo Shiceka, has the authority to do so,” said Mosery.

About 230 000 people are registered to vote in the Ugu District, according to Mosery.

He encouraged the traditional leaders to urge residents in Ugu to register in great numbers to vote because this will determine the budget allocations for their local municipalities.

On February 5, 2011, the IEC will be registering the eligible voters in the area.

“People can SMS their ID numbers to 32810 to check whether they appear on the voters role or not,” he said.

Mosery stated that to be a ward councillor, one needs to be affiliated to a political party, but he explained that people can enter as independent candidates as well which requires a registration fee of R1 000 and 500 prospective supporters.

He said 156 registered political parties will be contesting next year’s elections and that citizens have a right to associate with any of them without ferar of intimidation.