Movies: Tears and horror in this week’s line-up 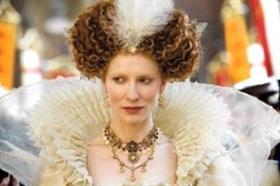 Griffin & Phoenix is directed by Ed Stone and stars Dermot Mulroney and Amanda Peet. The plot concerns a rather lonely mid-level salesman with terminal cancer.

Then one night, at a “Death and Dying” class, he meets a woman. This was originally a made-for-TV movie in the seventies and is aimed directly at the weepy market. If you can stand an overdose of saccharine, you might be able to cope with this. Most reviewers haven’t.

Elizabeth: The Golden Age re-unites director Shekhar Kapur with Cate Blanchett and Geoffrey Rush. The 1998 film, Elizabeth, took the tale of the Tudor Queen of England up to 1572, and this now continues the story through the years of the Armada, the Catholic threat and Mary Queen of Scots. Clive Owen is cast as Sir Walter Raleigh, cloak, puddle and all, and if liberties are taken with history, well, it is entertainment after all.

Menno Meyjes directs Bobby Coleman, John Cusack, Joan Cusack and Amanda Peet in Martian Child. David Gordon (John Cusack) is an eccentric science fiction writer who considers adopting Dennis (Bobby Coleman), a young orphaned boy who claims to be from Mars and hides from the sun in a cardboard box. The story may be sentimental, but the Cusack siblings are always worth a watch.

Saw IV continues the horror/slasher franchise. Jigsaw died at the end of Saw III, which hasn’t been enough to put a lid on things. Now the story is told in flashbacks and is as gory and frightening as you might expect. In fact, overseas reviewers suggest that director Darren Lynn Bousman has managed to breath new life into it all. But you need to enjoy the genre. Starring Tobin Bell, Costas Mandylor, Scott Patterson and Betsy Russell.

George Ratliff directs Sam Rockwell, Jacob Kogan, Vera Farmiga, Celia Weston and Dallas Roberts in Joshua. This is a psychological thriller about an upscale American family faced with a problem when their second child is born. Their firstborn is a musical prodigy and a slightly strange nine-year-old. He doesn’t take to his little sister. Are the strange things that are happening eerie coincidences or something much worse?