YEARS of free parking in Pietermaritzburg’s city centre come to an end next month when the Msunduzi Municipality will introduce paid parking. This is no pipedream, nor is it reminiscent of previous botched parking meter systems in the city since 2002. 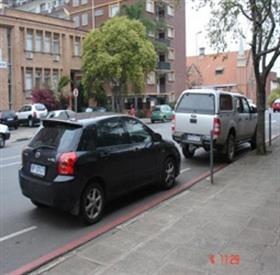 YEARS of free parking in Pietermaritzburg’s city centre come to an end next month when the Msunduzi Municipality will introduce paid parking.

This is no pipedream, nor is it reminiscent of previous botched parking meter systems in the city since 2002.

Municipal manager Mxolisi Nkosi said this time it would happen.

The parking meter plan was mentioned during a breakfast meeting at the Golden Horse Casino yesterday on Mayor Chris Ndela’s first year in office.

Ndlela said that the days of crisis management and erratic service delivery were over. Paid parking would be part of an urban renewal programme, focusing on the revamp of the city centre.

Nkosi said the municipality had not budgeted anything for the metered street parking as it would be aimed at generating revenue for the city.

“We will be outsourcing this project to a private company, which will be hiring workers to do the work and we will then share the profits with them,” Nkosi told The Witness.

Nkosi said the contract for the system had already been advertised and the tender process was in its final stages.

He said it had been about eight years since the city stopped charging motorists for parking in the CBD.

The Witness has previously carried stories of downtown shop owners fed up with city centre workers parking outside their shops for the whole day, making it impossible for customers to find parking.

“I think we are the only city in the world that does not charge motorists for parking in the CBD, which is something that had been neglected by the city, like everything else.”

Now the city was brightening up its entrances, had filled some of the critical posts and bought a new fleet of vehicles for service delivery, Lambert said.

“I am very optimistic about the future of the municipality,” he said, adding that the city still had challenges, but they were no longer insurmountable.

“We hope that the council will ensure that this is manageable so that it does not alienate motorists from using the CBD and we hope it will open up job opportunities,” he said.

Pietermaritzburg Chamber of Business CEO Melanie Veness said: “We support this idea because it will give access to a number of people who want to do business in the CBD … this will ensure that there is an end to those who just park there the whole day, preventing others from utilising the city.”

She said it was about time that Msunduzi Municipality used this form of revenue generation, having relied on electricity and water as the only sources of revenue collection for a long time.

But, she added, the chamber still did not support the 16% electricity hike because it put local businesses at a competitive disadvantage with those in municipalities with lower electricity tariffs.

Ndlela apologised to residents who had not had their rubbish picked up, saying that the waste collection department’s newly acquired trucks were having security tracking devices fitted.