We could sell electricity back to Eskom 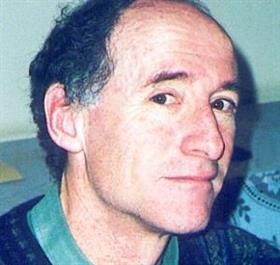 All the signs show that we have to brace ourselves for seven lean years of electrical supply. There was a serious miscalculation which has all but been admitted. Perhaps Afropessimistically, those responsible for the planning of future supply needs failed to consider the possibility of a serious take-off of the South African economy and, therefore, badly underestimated the electrical energy needs of industry and the people.

Obviously this is not good news for a number of reasons — the sheer inconvenience to the individual householder, the impact on the economy and what that might mean for really serious things such as the level of unemployment and social stability. The country’s standing in the world might also be adversely affected if the lights go out on a match during the 2010 Soccer World Cup.

The opportunistic entrepreneurs among us are probably going into the generator business, but does the blunder hold out any opportunities for the rest of us, those who are more likely to buy a generator than to sell one? Does Eskom’s closed-mindedness open a window of opportunity for the people at large?

There are some promising signs. Eskom has just promised to put

R2 billion into the subsidisation of solar water heaters. Does this mean that Eskom has seen the “green” light all of a sudden? The fact that it is scrambling to put up new coal-fired stations as quickly as possible suggests otherwise. Has the organisation suddenly been seized by an uncharacteristic fit of charity? The fact that electricity prices will rise by 14,2% this year seems to make that too an unlikely proposition.

It is more likely that Eskom is feeling the heat of a lot of negative public opinion and incensed phone calls over the power cuts that have recently become part of our lives. From complacently being able to preen itself as having huge over-capacity and providing the cheapest electricity in the world, it is now being pilloried for becoming expensive and unreliable.

And so in order to cool its critics’ ardour (both the ecological and economic ones), Eskom is putting money into its first serious alternative energy project. It knew all along that large-scale domestic solar water heating would seriously reduce the amount of power drawn from private homes, but before the power cuts Eskom was in the business of selling us electricity, not the non-business of letting us generate our own.

Now it has done the obvious for a hot and sunny country, and it hopes to gain some belated credit for this and also reduce the load (by 3 000 MW by 2012) on its creaking grid.

Lest I sound a little sardonic, let me soften my view of Eskom by suggesting that credit be given for doing the right thing, even belatedly and under pressure. However, why is it that one’s suspicion of large parastatals is hard to lay to rest? Here’s one reason. Some of the initial installations of this project will be done to provide hot water for the washing facilities of a large mining group but Eskom at first declined to name the group. Now, why are we not allowed to know about these things I wonder?

So who will benefit from this subsidy apart from the unnamed mining group which is probably Eskom’s coal-supplier? Middle to upper-income households apparently. In other words those who pull most of the domestic power — good news for the well-off and understandable in terms of Eskom’s need to reduce demand fairly quickly. However, if I were a worker or an unemployed person I would want to know why I was not considered in the planning of this project and whether there is any prospect of me being on its radar screen in the future. A little pressure from the newly-elected African National Congress powerhouse to include the poor in this new-found Eskom largesse would not go amiss in my view.

The opportunity that presents itself with Eskom’s present discomfiture, therefore, is to do with a literal empowerment of ordinary South Africans. I suggest that the opportunity will not last forever. If and when Eskom gets its base load up to scratch its bosses are unlikely to return to the present Father Christmas mode. In fact, like Telkom, they are more than likely to return to their monopolistic comfort zone, ie. being in control.

However, if we, the citizens, move fast and take the opportunity being offered, we might be able to position ourselves so that we end up generating a lot of our own power and even selling some back to Eskom, as happens in more enlightened lands. I can think of no more agreeable comfort zone for the power consumer.

• Chris Chatteris is the media liaison officer for the Jesuit Institute of South Africa (Jisa).