A ONE-MONTH-OLD baby was abducted from his mother in Ladysmith on Monday after a stranger duped her into believing she could help her qualify for a social grant.... 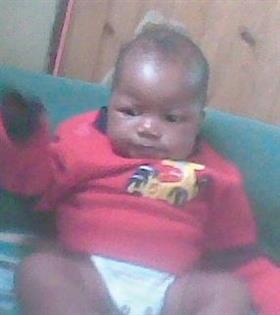 A ONE-MONTH-OLD baby was abducted from his mother in Ladysmith on Monday after a stranger duped her into believing she could help her qualify for a social grant.

Nombuso Thwala (41) from Colenso said her son, Mlondi Thwala, was abducted by a woman who identified herself as Thandeka Ndlovu from Ezakheni.

She said the women had been visiting various families in the area, claiming that she was a government worker assessing people’s needs.

Thwala said on Monday the woman visited her home. Upon learning that the parents are unemployed and the family survive on child grants, she said the government could provide the husband with a R1 000 disability grant.

She told them they needed to travel with her that day to the Home Affairs offices in Ladysmith where they would apply for an ID for the husband and documents for the child to get a child grant.

“When we reached the Home Affairs offices, she was constantly talking on the phone. I went to the toilet and left her with the baby and I came back and they were still there,” said Thwala.

She said the woman left to get lunch, taking the baby with her.

“It was less than three minutes after they left that I felt uneasy. I decided to follow them, but they had vanished. I looked everywhere and I realised that this woman had stolen my child.”

Police described the suspect as being about 21 years old, of medium build and with a fair complexion. She has short hair and her face has pimples. She was dressed in a yellow T-shirt with “Identity” printed on the front, a navy denim skirt and multi-coloured shoes. She wore long earrings and had a big ring on her right hand ring finger.