A TWO-MONTH-OLD baby was among 15 people killed and 102 injured during a horror weekend on KwaZulu-Natal’s roads. 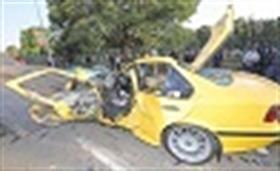 A TWO-MONTH-OLD baby was among 15 people killed and 102 injured during a horror weekend on KwaZulu-Natal’s roads.

“It is saddening to see more than 10 people killed on our roads,” said a disappointed Kwanele Ncalane, provincial spokesperson for Transport, Community Safety and Liaison.

“We hoped that our campaign — Valingozi — had been heard as we were seeing change in the mindsets of people.”

In Pietermaritzburg yesterday, two people were killed and eight were injured in two accidents.

A woman in her late thirties was killed when her luxury family car and a smaller car were involved in a collision at the intersection of Prince Alfred and Chief Albert Luthuli street.

Paramedics said the smaller car had crashed into the passenger side of the luxury car, where the woman was seated.

Her husband, who was driving, suffered minor injuries and their two children, aged 10 and 18, suffered broken bones.

The driver of the smaller car escaped injury.

Yesterday evening, one person was killed and five others injured when a cement mixer truck crashed into and landed on top of a small car on the Greytown road.

The baby who was a weekend accident victim had been a passenger in a taxi on the N3 near the Richmond turn-off when the vehicle went down an embankment and crashed into a tree. Nine people were injured.

On Saturday, in KwaDabeka D section, near Ntuzuma, four people were killed when the bus in which they were travelling hit a wall. Eighty people were injured.

The driver of the bus fled from the scene, said Ncalane.

He said the driver should present himself to the authorities so that he could help in the investigation and show that he has the proper papers.

On the N2 southbound near Umhlanga, four people were killed when a bakkie collided head on with a luxury car.

Two men in each car died.

On Friday, four people were killed and five others were injured when the taxi in which they were travelling rolled on the R56, near Kokstad.

The five are in a critical condition, Ncalane said.