WELL-KNOWN forensic scientist Dr David Klatzow is spitting mad and wants KwaZulu-Natal violence monitor Mary de Haas to apologise for allegedly defaming him, failing which he will see her in court. 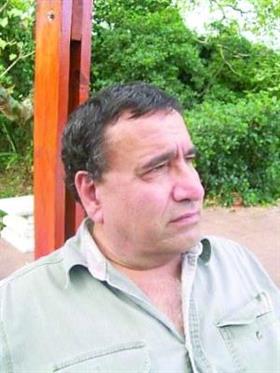 WELL-KNOWN forensic scientist Dr David Klatzow is spitting mad and wants KwaZulu-Natal violence monitor Mary de Haas to apologise for allegedly defaming him, failing which he will see her in court.

The fallout follows Klatzow’s public lecture at the University of KwaZulu-Natal in November last year, which was boycotted by some academics.

Klatzow — who is often called as an expert witness in trials and wrote the book Steeped in Blood, which examines famous criminal cases — was invited by the university’s then deputy vice-chancellor, Professor Tahir Pillay.

After issuing invitations to the lecture, Pillay received several objections. One of these was from De Haas, a member of Meran (Medical Rights Advocacy Network) and a retired UKZN academic who was a member of the university’s Biomedical Research Ethics Committee.

She claimed Klatzow had supported one of Neethling’s pseudo-science tests in a 1970s court case.

“Any relationship between the University of KZN and known associates of Dr Basson and Lothar Neethling raises serious concerns about the university’s approach to medical science and ethics,” she wrote.

But Klatzow is livid about the allegations.

“It’s a lot of rubbish. I have already written to Mary de Haas asking for a full apology and I will sue her for defamation.”

“There have always been people who say I claim to be a forensic pathologist, that is not true I am a forensic scientist. Sometimes the newspapers get it wrong and people assume things. I have always been in favour of people sharing skills to get the best outcome. None of this one-upmanship — it’s childish.

“I was approached by Professor Pillay to give my lecture and then Mary de Haas sent a letter objecting to me. I was shocked, it is all lies!

“In fact Lothar Neethling loathed me and tried to ruin my career, from the beginning I was banned from the lab. I have done many investigations to undo apartheid evil.

“You can investigate all the allegations Mary de Haas has made and you find nothing. I don’t even know what court case she is talking about.”

De Haas told Weekend Witness she did not want to comment.

“I sent a private e-mail to Professor Pillay and it was not meant to be shared in the public domain.

“But as a human rights defender, I felt I had a moral duty to share something with him.”

De Haas was not alone in objecting to Klatzow giving a lecture.

Steve R. Naidoo, then associate professor and head of the department of forensic medicine at the Nelson R. Mandela School of Medicine, also declined to attend “in solidarity with my colleagues”.

In an e-mail, Naidoo said Klatzow was a biochemist and not medically qualified, adding that the majority of forensic pathologists had “distanced themselves from [Klatzow] for straying into the field of forensic medicine, masquerading as a forensic medical expert, repeatedly making pronouncements and widely providing medico-legal opinions beyond his scope and capacity”.

He and his fellow forensic pathologists faced “a major ethical problem with the speaker”.

Naidoo, who has since resigned from the university, confirmed he sent the e-mail and stood by its contents.

Klatzow said he believed he and Naidoo had buried the hatchet “but I see he still bears a grudge”.

Meran co-ordinator, Poonitha Naidoo, said the group was concerned that “Dr Klatzow makes public statements relating to the medical cause of death which is an area he is neither qualified, experienced or licensed to do”.

“Only a medical practitioner or specialist pathologist registered with the Health Professions Council South Africa [HPCSA] may give an opinion relating to the unnatural cause of death.”

Meran was in the process of taking this issue up with the HPCSA.