NEW coach Heyneke Meyer yesterday all but confirmed that experienced scrumhalf Fourie du Preez will captain the Springboks in the three-Test series against England next month ... 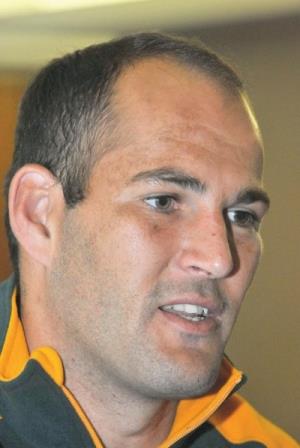 NEW coach Heyneke Meyer yesterday all but confirmed that experienced scrumhalf Fourie du Preez will captain the Springboks in the three-Test series against England next month.

Du Preez (30) has been in Japan, but he met Meyer last week to discuss his future with the Springboks.

Meyer, speaking at a media conference in Umhlanga yesterday, said Du Preez was ready to return to the Springbok Test team and was available to take over the captaincy from retired veterans John Smit and Victor Matfield.

“He wants to play for his country. We still need to work out the mechanics for the long term because of the contractual agreements between him and his club.

“Fourie is a guy I will consider for the captaincy,” added Meyer.

Meyer said he was not ready to make an official announcement, but that the captain would be named on Saturday night when the Springbok squad of 32 for the three internationals would be announced after the Bulls-Stormers Super Rugby derby at Loftus.

He did, however, confirm that former Sharks Springbok Ruan Pienaar, who has been showing excellent form while playing for Ulster, would be joining the Springbok squad in Durban next week.

Pienaar is one of the finalists for the European Player of the Year award and he, Du Preez,and Francois Hougaard, who will also cover wing, seem certain to be the three scrumhalves in the Bok squad.

Meyer is looking to field as many experienced players as possible. In the absence of the injured Schalk Burger and Juan Smith, he initially hoped to persuade the Matfield (35) to come out of retirement and captain the side. However, that plan was scuppered because of an International Rugby Board anti-doping regulation that prevents players returning to international rugby within six months of announcing their retirement, a move aimed at stopping players buying time to allow illegal drugs to pass through their system.