The lone match in the Five Nations Men’s Hockey Tournament yesterday ended in the game being postponed after a furious rainstorm forced the players off the pitch. 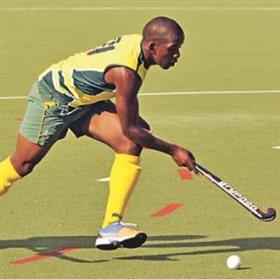 The lone match in the Five Nations Men’s Hockey Tournament yesterday ended in the game being postponed after a furious rainstorm forced the players off the pitch.

The main pitch at the superb Absa NWU-Puk Hockey complex in Potchefstroom was under water in minutes, with 26 minutes left in the top-quality Australia versus Netherlands match. The Kookaburras led 3-0 at the time and after a two-and-a-half hour delay, the tournament director ruled that the remaining 26 minutes will be played on Friday, the only time available that would not unduly discriminate against the teams’ preparations for the other matches.

Up to the 44-minute mark, the Test belonged to the Aussies as their watertight defence, with World Young Player of the Year 2007 Mark Knowles and Luke Doerner to the fore, ensured the skilful Dutch had little room in which to launch their fabulous talents.

The one exception was the brilliant Teun de Nooijer, although his fellow frontmen battled to support him. At the same time, the Dutch were not as assured at the back and Eddie Ockenden (rebound off goalkeeper Jaap Stockmann’s pads) and Andrew Smith (after a defence-destroying diagonal pass from Ockenden) netted stunning action goals. Australia’s other goal — their second — came from their first penalty corner.

Dutch indecisiveness at the back caused them to concede the penalty corner and Doerner fired the ball low to Stockmann’s left to rattle the backboard.

At this stage in the Five Nations it is looking increasingly like the Aussies (world number two team) and Spaniards (world number fours) will reach the final.

The Resolution SA team meet world champions Germany at 4 pm today and at 2 pm Australia tackle the other form team, Spain, in what could be a key result in deciding who reaches Sunday’s gold medal match.