Genomes: The future has arrived

AFTER years of predictions that the “$1 000 genome” — a read-out of a person’s complete genetic information for about the cost of a dental crown — was just around the corner, a United States company announced earlier this month that it has achieved that milestone and taken the technology several ste... 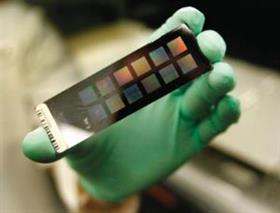 AFTER years of predictions that the “$1 000 genome” — a read-out of a person’s complete genetic information for about the cost of a dental crown — was just around the corner, a United States company announced earlier this month that it has achieved that milestone and taken the technology several steps ahead.

Taking up about as much space as an office printer, it can sequence an entire genome in a single day rather than the six to eight weeks ­required only a few years ago. The new sequencer, says cardiologist Eric Topol, chief academic officer of private California hospital and doctor network Scripps Health, “represents an exceptional advance and can change medicine.”

Ion Torrent will sell the tabletop machine, called the Ion Proton Sequencer, for $99 000 to $149 000, making it affordable for large medical practices or clinics. Existing sequencers cost up to $750 000. The computer chip and biochemicals to sequence a genome will cost $1 000, compared with, for example, $3 000 to test for mutations just in the breast cancer (BRCA) genes that raise the risk of breast and ovarian cancer, and $5 000 for a complete genome sequencing by Ion Torrent competitor Illumina Inc.

For now, Rothberg expects research labs to be his main customers, using Proton to obtain the complete genome sequence of people with cancer or autism, for instance, and thereby elucidate a disease’s underlying genetic causes as well as possible ways to treat it.

Other scientists and physicians, however, say the long-awaited arrival of the $1 000 ­genome opens the door to widespread whole-genome sequencing, even of people who are not ill. And that raises ethical, legal and medical issues that experts are only beginning to grapple with.

Babies might be first in line for whole­genome sequencing. Every U.S. state requires newborns to be screened for at least 29 genetic diseases.

“If the cost of whole-genome sequencing gets sufficiently low, you could sequence all the genes in a newborn” for less than the individual tests and follow-ups required when one comes back positive, says Richard Lifton, chairperson of the genetics department at Yale University. “I’m increasingly confident that’s going to happen. But we need to be careful how we utilise this information. Do you tell a newborn’s parents his Apolipoprotein E (apoE) status” — that is, whether he has the form of a gene that raises the risk of Alzheimer’s disease?

The cost of whole-genome sequencing will continue to plummet. Lifton foresees a “zero-dollar genome”, making it likely that “we will just do it as part of routine clinical care” for children and adults. A Yale team led by Murat Gunel has already used partial genome ­sequencing of the 1,5% of the genome, called the exome, that codes for proteins to determine the cause of a mysterious and still unnamed genetic disease that results in severe brain malformations.

Because no genes had been identified as causing the malformation, it was not possible to do a standard genetic test, which reveals whether a particular gene is normal or mutated. But exome sequencing showed that a ­previously unknown gene on chromosome 19 is responsible, he and colleagues reported in 2010.

The discovery of the mutation behind the mysterious genetic disorder demonstrated the advantage of whole-genome sequencing compared with single-gene tests, as scientists can’t test for a gene they don’t know exists.

Beyond such uses, say experts, whole­genome sequencing might not be the medical miracle that proponents forecast.

One problem is that the costs only start with the actual sequencing. “The cost of understanding the sequence will be much, much higher,” says bioethicist Hank Greely of Stanford University. He participated in a 2010 project that sequenced the full genome of Stanford bioengineer Stephen Quake. The sequencing cost $48 000.

But because it found 2,6 million DNA misspellings and 752 other genetic glitches, says Greely, “it took a few hundred thousand dollars worth of labour from Ph.D. students and faculty working 4 000 to  5 000 hours to understand what the sequence meant” — that Quake had a higher-than-average risk of sudden cardiac death, a lower risk of Alzheimer’s, and a higher risk of prostate cancer.

Although many bioethicists focus on the psychological harm patients might suffer when DNA tests show an elevated risk of cancer, diabetes, Parkinson’s, and other diseases, genomics information could also threaten ­patients’ physical health if it is misconstrued. A woman whose DNA sequencing shows she does not carry BRCA mutations that raise her risk of breast cancer “might say, ‘great, I don’t need mammograms’,” says Stanford’s Greely. “But a negative BRCA test reduces her risk of breast cancer from 12% to 11,96%. My dread is less that patients will be damaged psychologically and more that they will misunderstand [genome-sequence data] and do stupid things.”

Unlike tests that detect glitches in genes that a patient or physician asks to have checked (those that raise the risk of, say, colon cancer if that disease runs in the family), and unlike the dozens of genes that “personal ­genetics” companies test for, whole-genome sequencing reveals every bit of information the genome contains about diseases or traits.

Given the ubiquity of mutations, everyone carries genes that predispose them to more than one serious or lethal disease. Bio­ethicists are only beginning to study how that knowledge might affect someone’s decisions, from marrying or having children to saving for retirement.

Another challenge is that although a person’s genome doesn’t change, its meaning will. As scientists uncover more DNA variants that protect against disease and variants that make it more likely, a genome sequence that meant one thing in 2012 will have a different meaning in 2013, not to mention 2020.

A DNA variant that was once thought to be dangerous “might turn out to be benign if countered by another”, says Greely. “Whose responsibility will it be to tell you that, years later?” Today’s DNA-testing companies offer subscriptions that give customers regular updates like that.

Geneticists are also still struggling with the fact that most of the risk genes raise the likelihood that the person will develop the disease only slightly.

Knowing a patient’s whole-genome ­sequence, even if it raises the risk of diseases by only a few percent, might lead malpractice-wary doctors to order follow-up tests.

That would not only raise health-care costs, but might put patients through a physically and psychologically onerous ordeal unnecessarily.

Full-genome sequencing could provide real benefits in determining which patients will benefit from a drug.

Using genomic data to identify which ­patients will and will not benefit could save patients and insurers tens of billions of dollars a year now spent on ineffective drugs.

If genetic information causes patients to take better care of themselves — eating more healthily if they carry genes that raise the risk of diabetes or heart disease, for instance — they can improve health.

Others incorrectly see DNA as destiny, and interpret an increased genetic risk of, say, obesity, as a licence to overeat, thinking they are fated to be fat. “Good” genes might lead to equally dangerous behaviour.

As the science advances, however, the value of whole-genome sequencing to patients will grow. The common DNA variants that have been identified “account for only a small part of the heritability of disease”, says Kari ­Stefansson, founder, chairperson and CEO of deCode Genetics of Reykjavik, Iceland.

“The expectation is that a big part of the missing heritability lies in rare variants, and to find those you have to do whole-genome sequencing.” DeCode is sequencing the genomes of 3 750 Icelanders, and has so far identified rare variants with large ­effects on the risk of ovarian cancer, glioma, gout and heart conditions that require a pacemaker.

Because whole-genome sequencing is not yet being marketed to consumers, the U.S. Food and Drug Administration has not taken a position on it. But it is concerned by existing tests that are sold directly to the public by companies, and until more is known, these companies are prohibited from marketing the tests to the public. Gene-sequencing companies understand the challenges.

“Each genome has probably 24 000 mutations that we can understand,” says Ion Torrent’s Rothberg. “But there are probably 400 that have never been seen before”, and whose significance for health is an enigma. Ion Torrent is working on algorithms to determine the medical significance of the millions of DNA glitches that will be found in every genome. Companies such as Personalis, of Palo Alto, California, have sprung up to determine the medical significance of whole-genome ­sequences. That will take years.

“We recognise this is just the beginning,” Rothberg says. — Reuters