JOHANNESBURG — Herschelle Gibbs has claimed in his controversial autobiography To the Point that former South Africa captain Hansie Cronje had made an offer to the team to fix a match in India in 1996.... 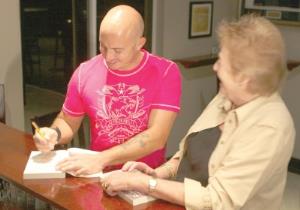 JOHANNESBURG — Herschelle Gibbs has claimed in his controversial autobiography To the Point that former South Africa captain Hansie Cronje had made an offer to the team to fix a match in India in 1996.

According to The Times of India website, Gibbs also admitted Cronje remained a man he would always admire.

In a chapter titled The Controversies, Gibbs recalled the night Cronje changed the face of the game forever.

“It was 6.30 pm and knocking on my door was the Proteas team captain, Hansie Cronje. We were touring India in 2000, and in Nagpur about to play our final ODI match against India. My room-mate, Henry Williams, was in the shower when Hansie sat down on the bed. He got straight to the point. ‘I’ve got a mate here in India,’ he said, ‘and you can make some good money if you do what he’s asking. He’s offering $15 000 [R105 000] if you go out for less than 20 in today’s game’.”

But it was not the first time that Cronje had approached his side about match-fixing, according to Gibbs’s book which was released on Monday.

“During a tour to India in 1996, we were due to play a benefit game for one of the [unnamed] Indian players — it would be the last game of the tour. The night before the game, Hansie got the whole team together and dropped a real bombshell. ‘I know a guy’, he said, ‘who is going to give us $250 000 [R1,75 million] if we lose this game’.”

Gibbs said the offer was tempting because the South Africans were probably going to lose the game anyway because the team was below strength with six members of the side being sick.

“The match-fixing scandal [that started in Nagpur in India] may have cuffed us together, but Hansie was a man I will always admire,” Gibbs wrote, adding that he had forgiven him long ago.

“Hansie was certainly the best captain for whom I’ve ever played. Despite the cloud that hangs over his legacy … we were all in awe of the guy — Hansie was one of those men who had a special presence towards which others gravitate.”