CAPE TOWN — Cricketing heavyweights Graham Smith, Darryl Cullinan and Kepler Wessels might have condemned Herschelle Gibbs’s sold-out memoir, To the Point, but his 14-year-old son said he was inspired by his father’s story.... 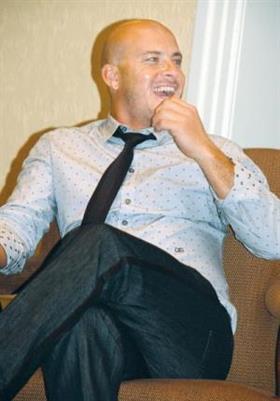 CAPE TOWN — Cricketing heavyweights Graham Smith, Darryl Cullinan and Kepler Wessels might have condemned Herschelle Gibbs’s sold-out memoir, To the Point, but his 14-year-old son said he was inspired by his father’s story.

Gibbs told a receptive audience at Cape Town’s Table Bay Hotel that the boy’s mother had censored him from chapter three, the section that explicitly details the Protea star’s lust for sex, drugs and money, but allowed him to read the rest.

Gibbs was in conversation with his book’s author, former Sports Illustrated editor Steve Smith, and Sunday Times sport editor Archie Henderson at a dinner where the last copies of the first edition were sold and autographed.

The first 15 000 copies of the first edition were sold out in two days and Gibbs’s second book, which includes his experience in a rehab, is now being printed for an international audience.

Gibbs said he spoke to his son after a cricket game last Saturday, a few days before his 14th birthday.

“His mother has brought him up very well and so she was able to guide him through the book,” he said. “He knows the mistakes I made and we will talk through those whenever he has questions.”

Henderson, who chaired the discussion, said the book would be a good tool for parents wanting to tailor-make their children for sport stardom.

“This book tells you what professional sport is really about,” he said. “Here you have something that tells you how it is.”

Smith agreed: “It has lifted the lid on South African cricket and showed us how the team works,” he said.

Gibbs said he was disappointed that the media had taken out all the spicy bits and not focused on the interesting bits of his time in rehab. “I don’t know how you people think,” he said.

Henderson said that it was the fact that Gibbs was the first person to write so openly about sex that made the media target that aspect so heavily.

“You are the first person who has had the courage to write about it,” he said, which was followed swiftly with Gibbs’s response: “It was a lot more fun doing it.”

Gibbs said his one-month stint in rehab was the most beneficial experience of his life, which helped him assess his life away from the world of cricket, hotels and the media. “For the first time I was made to look at myself and I realised I had let myself down,” he said. “That really broke me.

Gibbs, who denied he had under-achieved as a cricketer, said he played with instinct and could not have planned more with his talent.

The Witness asked him whether he could have done more with his talent, but Gibbs said he would not have averaged higher if more thought had gone into his game.

The former Proteas opening batsman, who has a staggering 57-run World Cup average, did not think he would make the next World Cup squad, due to the current depth in the team.

“Hashim [Amla] is playing fantastically and the rest of the team is performing well, so I think book or no book, I wouldn’t have made the cut,” he said.

Pushing aside his incredible six sixes in one over in the West Indies World Cup, Gibbs said his defining innings will always be the day he scored 200 in the “beautiful 438 game” at Wonderers.

“Considering the night I had before that match, I could never have imagined I would have been able to achieve that,” he said. “But I decided to have a go at it and pulled it off.”

Gibbs is hoping his legal innings with SA Cricket will be just as successful, as lawyers scan the memoir for legal infringements.