GET out your legwarmers, acid-washed jeans and boldly printed T-shirts — the eighties are back. 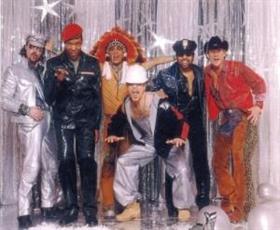 GET out your legwarmers, acid-washed jeans and boldly printed T-shirts — the eighties are back.

This is a good excuse to dig out the eighties gear, pack the car and enjoy a weekend road trip and an eighites party to be remembered.

Originally launched in the United Kingdom in 2009, Rewind attracted over 30 000 people. In its second year, the festival grew to sell-out capacity, and saw the biggest line-up of artists since Live Aid. It has subsequently been touring the world to massive success.

South Africans will be treated to the following line-up:

Travel packages to Durban will be available shortly, and tickets can be bought at Computicket.

There will be prizes for the best eighties costume, including a grand prize of a trip

to London to experience the Rewind Festival London-style.