Grit pays off for KZN self-starter

IT was a restless energy in Ntokozo Biyela — stemming from his family’s poor financial circumstances during his upbringing — that drove him to leave the world of employment and start his own business. 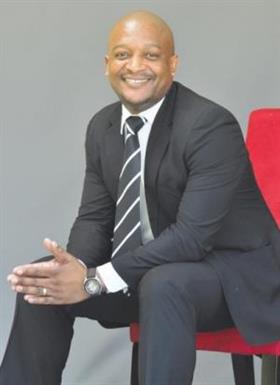 IT was a restless energy in Ntokozo Biyela — stemming from his family’s poor financial circumstances during his upbringing — that drove him to leave the world of employment and start his own business.

The Nqutu-born Biyela (35) — who has a wife and two children — dreamt of providing a good life for his family and mother, based largely on his tough upbringing in a single-parent home with three siblings.

He had not experienced the luxury of running water and electricity until he was 21.

Although this KwaZulu-Natal businessman is now running an established, viable small enterprise, Mzansi Mobile Fridges, a key factor in his success has been his desire to explore every available avenue to secure funding, support and industry contacts.

Biyela told The Witness that his upbringing was not ideal.

“My mother was a nurse and a single mother with children to take care of. For years we rented in one-bedroom places until she managed to build us a house.”

Although he dreamt of studying dentistry and even secured a scholarship to do so at Wits University, he gave up the chance in order to honour his mother’s efforts in securing an education for him.

“I stumbled onto food science — I always liked to flow against the stream. Although I got a scholarship to study dentistry at Wits, I decided to go to the then Natal Tech to study food technology because my mother had already borrowed money to pay for these studies,” he explained.

Biyela graduated with a diploma in food technology and was immediately snapped up by National Brands Limited to work as an in-service trainee in Pinetown.

But permanent opportunities were not forthcoming and he was left jobless in 1997.

He had several jobs between 1997 and 2006 in academia and in the food industry, including Unilever.

Using his payout from Unilever and the contribution of other investors, he enticed several relatives to join him in opening up a Cell C franchise at Umlazi’s Mega City.

“However, after one year I felt confined and … basically gave away my shares. By that time I had been researching the idea of mobile fridges.

“I invited a friend to join me in the business venture. I took a second bond to build a mobile fridge.”

Biyela began by renting out mobile fridge units, but eventually began manufacturing his own units.

“My vision was that by 2010 we would reap the rewards of our sacrifice. The first three years were full of hard work but it has paid off.”

Biyela’s association with SAB Kickstart goes back to 2007 when he was looking for non-bank finance.

He won the East Coast region title that year and several other competitions along the way and was a finalist in Kickstart’s special 2010 edition of the programme.

Biyela’s manufacturing business, which is based in Pinetown, employs about 12 people.

Operating in an industry he was familiar with enabled him to leverage the contacts he had built over the years.

His lesson for budding entrepreneurs is simple: “Don’t chase money in the first year — build your business, brand and reputation and the money will chase you after that.”