Heard about the drowning goldfish?

THE potjie was simmering gently on the coals. Friendly banter was lubricated by the occasional slug of the amber froth.... 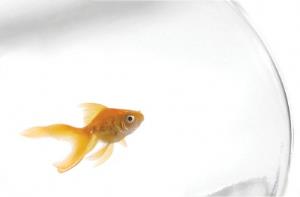 THE potjie was simmering gently on the coals. Friendly banter was lubricated by the occasional slug of the amber froth.

When vets get together, the conversation inevitably becomes dominated by veterinary topics. So it happened that, at a point in time, I regaled all who would listen of the situation that had recently happened when I was on call.

It was quite dark when the phone rang. A very sick snake required attention and I met the owners at the hospital. They laid the snake ( a juvenile Burmese python) on the table. Even to an untrained eye, it was obvious that the snake was dead, displaying a degree of rigor mortis that made biltong appear alive. The owners were adamant, however, that the snake had moved on occasion en route to the hospital, a phenomenon I ascribed to the jarring of the multitude of potholes and the occasional reflection of a streetlight in the eye. The owners were reluctant to accept my word that the reptile was no longer with us, despite the fact that the snake did not respond to any pushing and prodding. I eventually agreed to hospitalise the corpse under an infra-red light and drew an outline around it with a Koki pen. It was only the next day, when the snake had not moved and was attracting a squadron of flies that the devastated owners eventually accepted the outcome.

“I had a similar bizarre encounter a while ago,” was Oliver’s contribution. “I was called out one night to attend to a tortoise that had been sick for three days. They put it on the table and I could smell that it had been dead for all of the three days. They were reluctant to believe my pronouncement. So I groped under the carapace and pulled out its head which flopped on the table like a piece of boerie that had been in the sun for far too long. That eventually convinced them”

Karl stirred the potjie and was immediately reprimanded for doing so.

“I want to tell you about my strangest after-hours call-out.” He changed the subject to counter our dismay at his treatment of our forthcoming meal.

“I was working in England at the time and it was a bitter Birmingham winter’s evening. The snow on the ground was as thick as Father Christmas’s belly and as white as his beard. The voice on the other side of the phone was seriously distressed. He was adamant that his goldfish was drowning.”

He had our attention now.

“How can a goldfish drown?” and “What kind of goldfish was it?” were a couple of the incredulous queries.

There was a twinkle in his eye. “How do I know what breed it was? It was one of those chubby, orange buggers with goggle eyes. I don’t know if Linnaeus gave them fancy names. Anyway, I initially thought that it was one of my mates who was giving me a hard time over the phone. But as the conversation progressed, I realised that it was legitimate and agreed to meet them at the practice.

“They placed a large bowl on the table. Inside were two fat goldies. One was swimming briskly, occasionally breaking the surface to retrieve some food floating above. The other was obviously labouring, trying its best to stay upright. It was largely confined to the bottom of the bowl, on occasions valiantly attempting to make its way to the surface, only to drop down to the bottom of the bowl again. His condition rapidly deteriorated, growing tired from the exertion.”

“So I stuck my hand in the bowl and hauled out the patient. I knew I had limited time before the poor thing expired and didn’t know where to start. How do you examine a goldfish? Where do you put the thermometer?” he asked. “Fortunately, as the fish started gaping I spied something out of the ordinary in its mouth. It had a large white pebble lodged in its cheek — one of those ornamental stones from the bottom of the bowl. I grabbed a forceps and yanked it out and put the gasping fish back in its pond. It took a while to gather some sort of momentum, but, relieved of its ballast, by the time they left it was scooting around its watery prison like Michael Schumacher with water wings.”

He lent back and surveyed his attentive audience, the vestige of a smile on his benign countenance as he reflected on the memory.

Nice story, we ruminated after a while, but time now for grub. Fortunately his pot was as good as the tale.

Round one to Karl.

• The author is a practising vet with a passion for his profession and a giggle in his heart.