FED-UP Hilton residents who have been subjected to ongoing electricity outages over the past months, are taking action.... 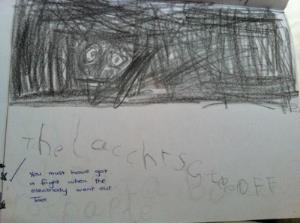 FED-UP Hilton residents who have been subjected to ongoing electricity outages over the past months, are taking action.

The Hilton Residents’ Association (HRA) has set up a task team to be the conduit for information from the Msunduzi electrical team and their contractors. The team will also monitor progress of the repairs. This information will be disseminated to the residents via the HRA’s comprehensive database.

As a long-term solution, the HRA will also be investigating the possibility of changing the electricity supplier to Eskom. HRA chair Tony van Schjindel stressed that this was a long-term exercise, as such a change was not an easy undertaking. He said the task team was made up of retired electrical engineers who have volunteered to monitor the progress of repairs and act as advisers if requested.

He said part of the problem had been to get the two municipalities — Msunduzi and uMngeni — to make arrangements for the transfer of information. Hilton, which falls under uMngeni, is in an unusual situation in that it has its electricity supplied by Msunduzi. Van Schjindel said any news of progress would be shared with residents.

uMngeni Mayor Mbali Myeni met with Msunduzi Mayor Chris Ndlela on Friday. Details of the meeting were not available at the time of going to press.

Hilton Ward councillor Pam Passmoor will also be holding a meeting with the new Msunduzi municipal manager, Mxolise Nkosi, on Thursday. Passmoor said the information she hopes to come away with include what repairs were planned, when and with what funds.

Passmoor said the power outages escalated to unacceptable levels over the last five weeks and that residents are quite desperate to get some clarity on what’s going on.

“Of course, as luck would have it, the worst of the outages happened when council was in recess and the municipal management of both Msunduzi and uMngeni were on leave,” she said.