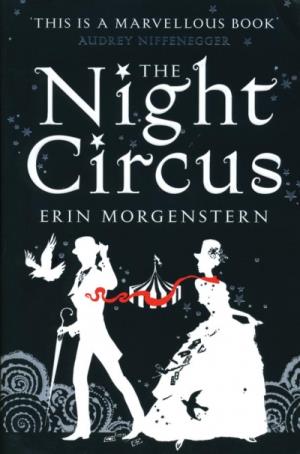 “THE circus arrives without warning. No announcements precede it.” That’s much like the arrival of this book into my library. And what a find it was.

The Night Circus tells the story of a wondrous circus steeped in magic and mystery. Put together by a group of avant-garde individuals in the late 1800s, the circus is more than mere entertainment for those lucky enough to stumble across it in a field where the day before there had been nothing.

Imposing, enormous and more spectacular than could be imagined, it presents a series of wondrous tents and mind-blowing performers. But how does it work and who controls it so perfectly? With what mysterious enchantments?

Interlinked with the strange story woven around the circus is a challenge between two rival magicians, the circus their chessboard as it were. Their acolytes must take each other on in a supernatural contest for dominance which spans decades, a bitter duel in which the winner brings utmost glory for their teacher. Training is severe and relentless. Failure is punishable in the most terrible ways. So, amidst the awe and magical atmosphere of the night circus, a dark side emerges as jealousies and power struggles mingle among the throngs of eager spectators. What are the rules of the challenge? What will happen when it ends? Who will win?

This is Hogwarts for grown-ups and makes for a scintillating read, as each page brings new wonders and headier heights to ascend to in the big top. Contortionists, illusionists, fortune tellers and mimes conjure up theatrical stunts and impossible, breathtaking tricks. The film, if they make one, could be a visual feast if they get it right. I see Oscars for special effects, costumes and sets for this title.

For anyone who revels in mysticism and imagination, this is a thrilling and powerful read, which will keep you riveted way past bedtime. Definitely one of my best reads of 2011.

• The Night Circus was on the 2011 Exclusive Books Wish List.