A FORMER St Charles College pupil and Pietermaritzburg restaurant manager was sentenced to life imprisonment in Indonesia yesterday for illegally trafficking drugs to that country. 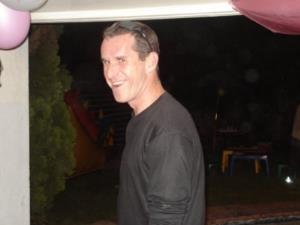 A FORMER St Charles College pupil and Pietermaritzburg restaurant manager was sentenced to life imprisonment in Indonesia yesterday for illegally trafficking drugs to that country.

Brett Theo Savage (44) was arrested at the Denpasar Ngurah Rai International Airport on October 19 last year for allegedly attempting to smuggle 2,993 kilograms of crystal-methamphetamine into Bali. He had flown from Johannesburg.

According to the Bali Daily website, Judge IGAB Komang Wijaya Adhi told the Denpasar District Court that Savage was a member of an organised drug syndicate with a wide international network.

“He is proven guilty of violating our law on narcotics,” the judge said.

Carrying or producing over five grams of drugs is illegal in Indonesia. The news site said the sentence was heavier than the prosecutor’s demand for a 17-year term, plus a fine to the equivalent of R1,7 million.

Savage was said to have been impolite and arrogant during his trial. He had also laughed in court. The Bali Daily quoted the judge saying: “He (Savage) did not admit to nor regret any of his wrongdoings.”

One of Savage’s former employers, who owns a restaurant in Pietermaritzburg, said he would not have thought of him as a drug smuggler.

A former colleague said Savage was a quiet person who had “his own belief systems”. “His family came first and work second, which was honourable, but I think it cost him a lot of things,” said the man, who declined to be named. He too said he never thought Savage was inclined to smuggle drugs.

The Bali Daily said another South African was jailed in Indonesia last Monday for trafficking 2,5 kilograms of crystal methamphetamine. Sheila Motsweneng (38) received a 15-year sentence. She was arrested at the same airport, but arrived on a flight from Singapore. — WR.