THE phoney war is over and two weeks of verbal skirmishing will give way to a tough, fiercely-contested battle at King’s Park this evening when the Sharks take on Western Province in the Currie Cup final.... 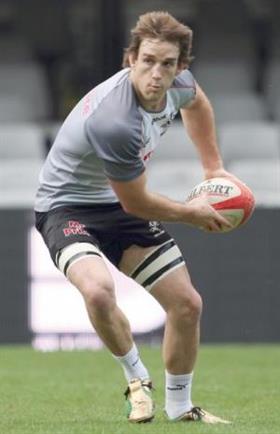 THE phoney war is over and two weeks of verbal skirmishing will give way to a tough, fiercely-contested battle at King’s Park this evening when the Sharks take on Western Province in the Currie Cup final.

The air has been thick with theories of just what will win and lose the final, but everyone is convinced it will be tight, hard and close.

Province coach Allister Coetzee says the loose forward battle on the gainline will be decisive while the Sharks’ John Plumtree says the team executing the right game plan on the day will win.

“We will even have to improve on our efforts in beating the Blue Bulls in the semi-final because this will be even more intense,” said Plumtree.

“We have to raise our game; it’s a final and everything is going to happen quicker and everything needs to be much sharper. There are going to be fewer scoring opportunities and it is all about taking them.”

Assistant Province coach Robbie Fleck believes a spark of individual brilliance by one of his backline Springboks could tip the contest while opposite number Hugh Reece-Edwards is convinced that the Sharks tight five can lay the platform for a win as they did in making history 20 years ago against the Blue Bulls at Loftus.

“We’re up against a talented backline and the challenge is not to give them space or turnover ball. But we have opportunity to measure ourselves against world-class players and that is motivation enough.”

Province have six Springboks crowded into their backline and their attacking threat clearly lies out wide where Bryan Habana and Gio Aplon lurk outside a midfield of Jean de Villiers and Juan de Jongh.

The Sharks’ current Springboks are packed into the front-row (Beast Mtawarira and the Du Plessis brothers) and they are looking to their tight five to ruffle Province at source and pressure their backs.

Both teams have aggressive, talented backrows and, as we have seen in three matches between these teams this year, the fierce collisions on the advantage line will set the mood of the contest. The torrid, head-on clashes between burly Willem Alberts and the brave Burger should be restricted to adult viewers only.

Both teams defend exceptionally well and Province will expect the Sharks to keep living dangerously by attacking from deep in their own territory. Indeed, they will hope to take advantage by forcing turnovers and by providing Willem de Waal with opportunities to kick their goals when the Sharks make mistakes in their own half.

The Sharks and Plumtree, in turn, will hope “to stress the Province defence” with the high intensity, quick-tempo, ball-in-the-hand approach which has succeeded throughout the competition. An ambitious approach is not usually the stuff of cup finals, but even in the wet it worried the Blue Bulls in the semi-final and the Sharks are unlikely to change.

The Province backs, individually, are the more threatening but they are expected to be more conservative than the Sharks, using the booming boot of De Waal to control territory before bringing their outside runners into play.

If this final is decided in the last quarter, the Sharks do appear to have the superior replacement bench with former Bok flyhalf Andre Pretorius equipped to close out games with the boot while Jacques Botes, Eugene van Staden, Craig Burden and Rory Kockott will add energy and pace in the closing minutes.

The Sharks, who topped the log for the third year in a row and have twice — in the Super 14 and Currie Cup — beaten the Cape Town-based team this year in Durban, will be massively disappointed if they do not turn their home ground advantage into a title win.

But they will have to match their forward effort of a fortnight ago against the shattered Blue Bulls and find a way to thread their way through the resolute, organised Province defence.

Province will arrive confident after their strong finish to the Currie Cup season and emphatic wins over the Sharks and Free State (in the semi-final) in their last two games. The Sharks’ defeat at Newlands was a timely wake-up call for the Durban side, but they were below-strength that day and they will be ready and waiting today.

Most neutral observers are tipping Province, with their international talents at outside threequarter and in the backrow, to triumph. But then they also tipped the Blue Bulls to win the semi-final in Durban … didn’t they?