James Blunt to perform in Durban

At the Botanic Gardens in Durban on May 26... 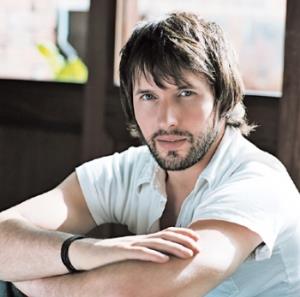 Multi Platinum singing songwriting sensation James Blunt is to perform three shows in South Africa in May. He will be performing at the Botanic Gardens in Durban on May 26.

His new album, All the Lost Souls, which features the hit single 1973, and Same Mistake, was released in September last year and has already reached platinum status in South Africa, being playlisted on almost every radio station in the country.

All The Lost Souls is preceded by the award-winning debut album Back To Bedlam, which has reached four times platinum in sales in South Africa and 11 million worldwide, going to number one in 18 countries and top 10 in 35 countries. The album also saw him nominated for five Grammys, landing the first number one single in the U.S. (You’re Beautiful) by a British act since Elton John’s Candle in the Wind and winning two MTV Awards and two Brit Awards. He has also won two World Music Awards, two Ivor Novello Awards, and two MTV Video Music Awards.

He will be playing all the hits that made him a global superstar, including You’re Beautiful, Goodbye My Lover, Wisemen and 1973 and fans can look forward to an introspective journey through James Blunt’s thoughts, emotions and experiences.