THE United States-based Critical Ecosystems Partnership Fund is injecting $6,65 million into conservation efforts in KwaZulu-Natal, the Eastern Cape, Mozambique and Swaziland over the next five years. ... 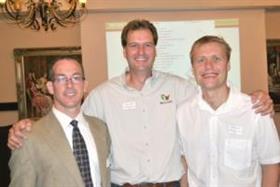 THE United States-based Critical Ecosystems Partnership Fund is injecting $6,65 million into conservation efforts in KwaZulu-Natal, the Eastern Cape, Mozambique and Swaziland over the next five years.

The Wildlands Conservation Trust, a local NGO, has been nominated to manage and co-ordinate the grant.

The Critical Ecosystems Partnership Fund (CEPF), based in Washington, DC, is a joint initiative of the World Bank, l’Agence Française de Dévelopement, Conservation International, the Global Environment Facility, the government of Japan and the John D. and Catherine T. MacArthur Foundation.

“Hotspots” are the richest and most threatened reservoirs of plant and animal life on earth. Typically, these areas contain more than 1 500 endemic plant and animal species, yet the landscapes in these areas have been significantly transformed as a result of human actions.

The Maputaland-Pondoland-Albany Biodiversity Hotspot is one of these regions, along with two others identified in South Africa — the Succulent Karoo and Cape Floristic regions — where CEPF has in the past provided grants.

The region spans an area of nearly 275 000 km² stretching from Xai-Xai in Mozambique in the north to Port Elizabeth in the south and is home to a number of critically endangered and threatened plant and animal species.

The area is under increasing threat from agricultural and industrial development, mining, immense increases in human population densities and changes in local weather patterns as a result of climate change.

Over the past two years CEPF has developed an ecosystem profile and investment strategy for the area.

Wildlands will lead the implementation of the investment, which involves the management and selection of proposals, dissemination of funding, co-ordination and sharing of idea’s and building capacity and a shared vision for the region.

The grant will be used to support at least 40 civil society-run projects in the next five years with the aim of building capacity, strengthening the protection and management of under-capacitated and emerging protected areas, expanding and linking conservation areas and restoring ecosystem functioning.

Daniel Rothberg, CEPF grant director, said, “This investment brings unprecedented funding and exposure to the conservation of biodiversity and participation of civil society in the area.”

Dr Roelie Kloppers, programme manager for Wildlands, said: “We are extremely excited about this amazing opportunity to work with CEPF in developing civil society’s role in conservation in the hotspot.

Interested NGOs, private enterprises, and other civil society applicants can apply for funding.

Inquiries to www.wildlands.co.za/MPAH, or contact the Wildlands regional implementation team at cepf-rit@wildlands.co.za or phone Dr Roelie Kloppers at 033 343 6380.