KZN students set to reach for the stars

SOME of the biggest questions facing humankind are officially set to be answered on South African soil. And Warren Roberson (23) ... 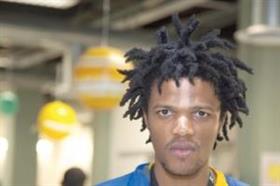 SOME of the biggest questions facing humankind are officially set to be answered on South African soil.

And Warren Roberson (23), from Hillcrest, is among a generation of KwaZulu-Natal students who suddenly have the chance to make a local career out of answering questions like, “Are we alone?” and “Was Einstein right?”

The R20 billion Square Kilometre Array (SKA) — which is by far the world’s largest telescope — will be largely based in South Africa, generating thousands of direct and indirect jobs in everything from research to IT and engineering.

The telescope will feature thousands of dishes and antennas stretched in a vast spiral — an “ear” on the universe” — centred in the Northern Cape, but also dotted through neighbouring African states and Australia.

This week, in a seven-day workshop at the University of KwaZulu-Natal, a team of local and international experts sought to dazzle 40 local students into careers in astronomy, and potential jobs in the SKA, with facts like:

• The telescope will have the computing power of 100 million PCs — and will process 10 times more information than all global Internet traffic today;

• The giant telescope will provide the “ultimate test” of Einstein’s theories, by seeing what happens when the two most exotic objects in the universe — a black hole and a neutron star — get close to each other. It is thought that time itself could be “seen” slowing down;

• The telescope will not only hunt for intelligent life, but “the SKA will be able to detect extremely weak extraterrestrial radio signals [if they were to exist]” — as weak as a normal TV signal on a planet dozens of light years away;

• Fifteen years ago, scientists made the “embarrassing” discovery that the stuff that they thought made up the universe — stars, planets and visible galaxies — in fact makes up only four percent of the universe, and that the other 96% was a complete mystery. The SKA will be partly tasked with discovering the mysterious “dark energy” and “dark matter” that somehow dominate everything.

The first member of his family ever to go to university, Roberson studied applied mathematics at UKZN, but said he would branch out to cosmology next year — the study of the universe.

“It would be amazing to be involved in the kind of major discoveries which will be possible with this project,” said Roberson, adding, “It would be cool to find ET.”

Dr Kavilan Moodley, of UKZN’s astrophysics research unit, said that, despite a strong history of discovery in the country, there were “too few” astronomers and students in KwaZulu-Natal.

Dr Caroline Zunckel, head of this week’s “radio astronomy school”, said total newcomers to the field would be “tuning in” to supernovas by the end of the week.

Zara Essack (18) is just starting out — an undergraduate who has decided to take the university’s new astronomy course next year.

Meanwhile, Kwazi Mthembu (22) said he grew up in a poor home in Chesterville, and was “under pressure” to join his four brothers in getting a job right out of school, or tech.

Instead, he’s racked up student debt after four years of university study, and hopes to pursue a Masters degree in an exotic branch of maths and physics next year.

But, this week, Mthembu said the SKA workshop suggested his career gamble would “finally pay off”.

“Everyone says all the money and the opportunities lie in engineering, but there’s a chance for us science guys for world-class opportunities now,” he said.

Mthembu is already measuring the heaviest things in the universe — galaxy clusters — and said he hoped to harness the power of the SKA to understand the mysterious “dark matter” that represents 90% of the mass of galaxies.