A school in Durban put the wellbeing of children first 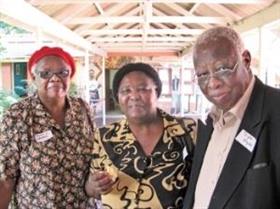 It is common to say that our children are the nation’s future. Yet to give expression to such a sentiment, we might do well to look into the past for instruction and inspiration.

The unique history of Taylor Street Native School (later Loram Secondary school) in early 20th-century Durban offers an opportunity to celebrate a heritage that affirms the value of children and of education. Given the cruel challenges currently faced by pupils and schools alike — a legacy of Bantu education, persistent inequalities, the social impacts of a killer disease and the demoralisation of teachers — it seems crucial to recognise that there also exists a positive and hopeful legacy which may be emulated.

Alumni of this institution, who met in April and May last year, hope that more public recognition of their school, its history of academic excellence and its ethic of dignity and self-regard, will be forthcoming from the municipality.

Taylor Street School, so named because it was located on then Jeff Taylor Crescent (later NMR, now Masabalala Yengwa Road), was founded in 1921 as a school for the children of the Married Quarters, a set of 120 houses set aside for African Christian families, that was positioned between the Magazine Barracks, inhabited by people of Indian descent, and migrant labour barracks for single Zulu-speaking men known to locals as “Msizini”.

Over its first two decades, the school established a reputation of academic rigour and pupil numbers swelled in the classrooms of the elegant school building. The city developed sites at the local Salvation Army, American Mission, St Faith’s Church and other locations to accommodate additional grade levels, and sometimes defied its own segregationist policies in the process. In the early forties, new classrooms were built on the existing grounds and the school was renamed Loram Secondary as a memorial to C. T. Loram (an ambiguous figure in the history of the Native Affairs Department, who had spent his remaining years, after he left South Africa, as a professor at Yale University in the United States).

Taylor Street/Loram school was an engine of social mobility for two generations of African pupils, thanks to the relentless commitment of the all-African teaching staff and affiliated community groups. The school is associated with some famous struggle heroes. In the thirties and early forties, its teachers were active in the Zulu Society, founded in 1936 by Albert Luthuli. Govan Mbeki and Epainette Moerane first met as teachers at Taylor Street and Selby Ngcobo was its principal for many years.

The boundaries between teaching and social activism were clearly porous for this set of Natal-based African intellectuals. Investing education in the community’s children was viewed not only as a means of individual and community upliftment, but also a crucial part of a long-term liberation effort. Perhaps it was this which motivated such commitment from teachers and parents alike. Based on the testimony of alumni, it is abundantly clear that paternalistic approaches to education for “natives” (championed by Loram and others) which focused on “industrial education”, were long rejected by the school’s black administration in favour of an academic approach. This meant that, although domestic science (for girls) and carpentry (for boys) were indeed part of the curriculum, the main emphasis was on maths, literature, Zulu, Latin, history, geography, Afrikaans, biology and sciences. After school, there were sport and choir activities. Teachers involved themselves as coaches and mentors.

Standards were high. Charles Mbutho, a student in the late thirties recalls his shock upon the return of his first English essay with a mark of zero out of 20. He remembers his pleasure when, later in the term, he was asked to read his second essay out to the class. It was apparently the top mark at 2,5 out of 20!

“We quickly learnt what the expectation was,” he explains.

Agnes Msomi similarly speaks of the school as a place where high standards and professionalism were cultivated by teachers.

“Teachers had self-respect. Our teachers used to be well-dressed. You could recognise a teacher walking down the street,” she remembers. Msomi and Mbutho, along with their peer Eunice Hlengwa, were pupils in Mbeki’s science classroom and remember him as enthusiastic and serious.

Alumni from the late forties and early fifties confirm that high standards were maintained.

Mandlenkosi “Slax” Mhlongo explained how they motivated him and his friends. “In the evenings, we used to go to the school to study. We used the blackboard … We supervised ourselves. And we studied. No tomfoolery. We studied seriously.”

Now, at 77, he is nostalgic for his years as the goalie of the school soccer team, the Loram All Stars. He and his sister Thembikile sang in the Loram choir at Kingsmead when, in 1947, King George and daughters Elizabeth and Margaret paid a visit to Durban. Their brother, Abel, who was a famous All Stars striker and had won prizes for ballroom dancing as a youth, attributes Loram’s magic to its combination of standards, discipline and parental involvement. His own parents, he says, moved to Durban specifically to partake of the educational opportunities available to their eight children — opportunities which have clearly manifested in success for himself and his siblings, and which have been passed on to their own children and grandchildren.

Like the Mhlongos, Celia Khuzwayo feels that the school and its surrounding community is part of what prepared her for a full life: nursing, music and years of travel (including political exile in Tanzania). Her own father was a teacher at the school in its Taylor Street days. She remembers aunties in the Married Quarters encouraging the pupils to pay their respects to the Zulu Prince Mshiyeni ka Dinizulu who often stayed in Msizini and who visited the school and its staff.

“Being in the city, there was always something to look forward to,” she said.

An initiative by the Durban Local History Museum has initiated what will hopefully develop as a public interest in the school and this period in Durban’s social history.

Interviews with alumni have begun to reveal a picture of early Durban in a new way, from the perspective of the children who were born and raised in Durban but who, because of forced removals, lost their claim to urban indigenity with its emerging cosmopolitan atmosphere.

Molife was a student from the late fifties until the school closed in 1961. She well remembers the encouragement she received from teachers, preached every morning at assembly.

“They said ‘Behave yourselves. Figure out what you want to do so you can join the world. The world is yours now’.” Yet, this optimism was cut short when the school was closed and the residents relocated to the new township of KwaMashu. Apartheid had taken its toll.

Early leaders of the African National Congress, including those in Durban, were criticised by later, more radical generations for their conservatism. Yet, their vision of liberation, with its deep investment in children and in education, deserves re-examination.

Surely this is a conception of liberation whose time has come again.

• Dr Thembisa Waetjen lectures in the history department at the University of KwaZulu-Natal, Durban.