Let’s not do things in half measures 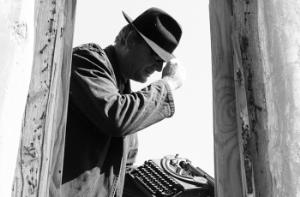 You certainly don’t want to suffer the indignity of almost drowning. There are few things more embarrassing than a lifeguard dragging you on to a beach full of holiday-makers who gather around taking bets on whether or not you’re going to make it. Not that this has ever happened to me, of course. But if a killer backwash had to sweep me out into False Bay and I saw a lifeguard swimming towards me, I would quickly fill my lungs with water and sink my teeth into my arm in the hope that the blood would attract a great white shark rather than suffer the indignity of being laughed at by a pack of grizzled longboarders.

My point is this. Eskom and the government are doing a pathetic job of creating a full-blown disaster. Sudan has civil war. Eritrea has famine. Mozambique has floods. Zimbabwe has Robert Mugabe. We have power failures.

The lights are on. Then they’re off. On. Off. On. Off. It’s as if some gin-quaffing, horse-riding, SUV-driving mummy’s spoilt brat is somewhere out there flicking a switch up and down just to annoy us.

Let us not be known as a country that does things in half measures. We are part of a continent renowned for spectacular crises and disasters. We don’t walk around saying things like, “Shoo, that was quite a drought. Anyone got a spare glass of water?” Of course we don’t. We suffer quietly in large numbers and then we die splendidly right there on CNN.

I want Eskom or the government to cut the cable. Pull the plug. Do whatever it takes to turn this comedy into a genuine catastrophe. The entire country must be plunged into darkness. Once the CIA satellites report that South Africa has disappeared off the face of the Earth, other countries will start taking us seriously. They may even want to help. Or quite possibly celebrate.

Electricity has caused nothing but trouble ever since it was invented in Philadelphia by a village idiot called Benjamin Franklin who thought it a fine idea to fly a kite with a key tied to it in the middle of a violent thunderstorm. He was burnt to a crisp, naturally, and the government was quick to confiscate all the keys in the country but nobody could get into their houses so they rescinded the ban on keys and outlawed kites instead. It was decisive action like this that helped turn the United States into the superpower that it is today.

We don’t need electricity because it has been around for only 150 years and we are still programmed to survive without it. I think a lot of you are afraid because you don’t really understand electricity. I mean, you struggle with your tax return, right? In a nutshell, electricity is made up of atoms. Each atom has a centre consisting of protons, neutrons, a bottle store and a Spar. That’s all you need to know.

Static electricity was discovered as far back as 600 BC when Thales of Miletus wrote about amber becoming charged by rubbing. If truth be told, I reckon it was Amber who filed charges against Thales. Stand in one place for too long in Athens and even today you will have an ancient Greek rubbing himself up against you in no time at all.

Meanwhile, people are complaining that the blackouts are preventing them from working. Imagine that. There are some people who curse when they are forced to leave the office and sit in the sun smoking and drinking like normal people. You should be ashamed of yourselves.

Without electricity you women wouldn’t have the vacuum cleaner, the dishwasher or the microwave oven. And yet you still treat us like vermin.