‘Lions aura thing of the past’

Would you pay R230 to watch a half-baked Sharks team play the British Lions in a mid-week night game? 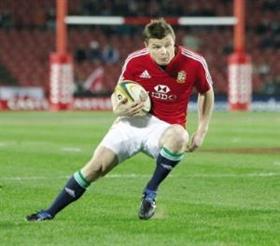 Would you pay R230 to watch a half-baked Sharks team play the British Lions in a mid-week night game?

Apparently not, and King’s Park is expected to be half-full (or half-empty, depending on whether you are an optimist or a pessimist) when the Sharks, or what is left of them, take on the British and Irish Lions in Durban tonight.

It was to be one of the plum fixtures of the season, the first British Lions game against the Sharks (or Natal) in three decades. But the decision to pack away the Springboks in cotton wool has certainly detracted from the occasion while clearing the path for another British Lions victory as they advance on the first Test in Durban on June 20.

Sharks head coach John Plumtree, without nine Springboks today and one of the half-empty brigade, has hit the headlines at home and abroad this week by highlighting the problem.

“Call me a traditionalist, a romantic, but there was once an aura about a British Lions tour when full-strength provinces with massive public support would create a great occasion,” he said.

Spectator-free grandstands in the three previous games have highlighted the lack of interest — outside the Tests — in the current tour and a glum Plumtree says that unless there is a change of mindset by administrators in South Africa, New Zealand and Australia, the British Lions will become a threatened breed.

This is not to suggest that tonight’s game will lack passion and interest. The Sharks, vulnerable and without an influential playmaker behind the scrum, still have a bruising pack of forwards who will be determined to place the Lions under some pressure.

The Lions, in turn, are starting to settle on their Test line-up and this is the strongest combination they have fielded on tour. They are solid in the set piece and they can run the ball through the phases as they showed in thumping the canned Lions of Ellis Park by 64 points.

One of the real strengths of the Lions has been the attacking power of Brian O’Driscoll and Jamie Roberts in midfield and the young Sharks backs are in for an uncomfortable night.

Currie Cup flyhalf Monty Dumond is under particular pressure, both on defence as the big Lions forwards charge down his channel, and attack where he has to create chances for the limited, makeshift Sharks backline, missing both regular centres and wings.

“The Lions are formidable,” said Plumtree.

“They play a physical game and we have to make sure we get up and match that. They have big ball carriers and outstanding backs who create space.”

“It will be interesting to see how our young players react and cope with the increased intensity.”

Some will have a point to prove.

Stefan Terblanche has been shunned by the Boks while prop Jannie du Plessis has been fired up by Peter de Villiers’s decision to opt for team-mate Deon Carstens, normally a loosehead, as the Test back-up to John Smit.

Elusive Welsh wing Shane Williams, the IRB Player of the Year in 2008, is one who will be feeling the pressure on the Lions side and he needs a strong showing tonight to make up lost ground in the race for a Test spot.

“It’s going to be a tough night,” said Plumtree, “but we know that and the challenge is there.

“There is no pressure on us and it is a case of going out and creating a little bit of history.”

An inability to score tries has been a Sharks problem over the past two seasons.

Their forwards may well bother the Lions tonight, but they do not appear to have the attacking firepower and the nous behind the scrum to take advantage.