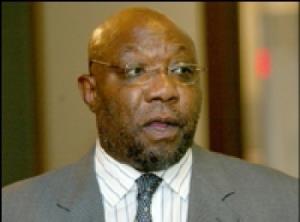 THE country’s Public Protector has intervened in the ongoing fiasco of load shedding power outages.

Mushwana said load shedding is “having a devastating impact on, inter alia, service delivery by government entities; is causing serious prejudice to the private sector, and negatively affects the lives of many of the people of South Africa on a daily basis”.

He added that as Public Protector, he is mandated by the Constitution to investigate conduct by public entities that can be deemed unlawful or as causing improper prejudice to any person.

Mushwana demands in the letter to know what measures were put in place by Eskom to prevent the “current situation” and the steps that Eskom intends taking to compensate those who have suffered damage and inconvenience.

Spokesman for the office of the Public Protector, Buyiselo Ndiyane, told The Witness that the letter to Eskom is part of a preliminary investigation into the matter.

“If the Public Protector is not satisfied with the responses … from Eskom, he might then decide to continue with the investigation.”

Meanwhile, confusion over load shedding schedules continued, with The Witness fielding a number of calls from angry residents yesterday.

Most residents who called in were from Ashburton and surrounding areas. A resident, who said Ashburton was experiencing about four power outages a day, said she felt that “Ashburton residents are being picked on”.

Irene Macdonnell, a pensioner living in Ashburton, lamented the fact that residents were not given prior warning. She said that the 086 003 7566 Eskom customer care line was not helpful either.

Residents and businesses in the Camperdown area also had similar tales. “We are now forced to put our staff on short time because we cannot afford to pay them as we are losing so much money due to these power cuts,” said one business owner.