Pietermaritzburg resident Tish Knowles has been interviewed by the BBC for a radio programme being broadcast this Sunday to mark Holocaust Memorial Day. 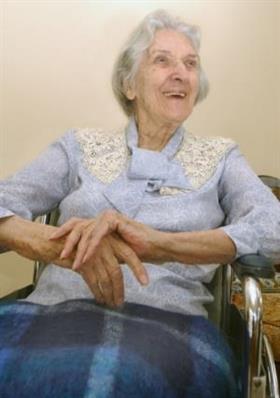 Pietermaritzburg resident Tish Knowles has been interviewed by the BBC for a radio programme being broadcast this Sunday to mark Holocaust Memorial Day.

The interview concerns the story behind an autograph book Knowles donated to the Anglican Diocesan Archives at the Cathedral of the Holy Nativity last year.

The book contains the signatures of over 40 Kindertransport children who found refuge in the East Anglian cathedral town of Ely during World War 2, and was a New Year’s gift to Knowles’s mother, Agnes Hinton Knowles, thanking her for her role in setting up the Ely Jewish Boys’ Home for the refugee children.

The Witness published two feature articles about the autograph book, which also detailed what happened to some of those children after the war.

Over the festive season, Pietermaritzburg couple Dennis and Dawn Wynn visited their daughter, who lives in Ely, and gave copies of the Witness articles to the local newspaper. Subsequently, an article appeared in the Cambridge News written by John Morgan, which mentioned the Knowles autograph book and a plan to mount commemorative plaques at the site of the Ely Jewish Boys’ Home.

“The plaques will remember people like Agnes Hinton Knowles, the wife of the then vicar of St Mary’s Church, who played a key role in caring for boys often traumatised by Nazi persecution,” wrote Morgan.

According to Morgan, Ely councillor Mike Rouse, who has researched the history of Ely’s Jewish refugees, said: “It is a story of human nature at its best, of how people in that time responded to a crisis”.

He believes the plaques, commemorating a range of events in Ely’s history, will help tourists and new residents alike.

BBC Cambridgeshire reporter Keith Murray followed up on the story and telephoned Knowles, who lives at Marian Villa in Alexandra Road.