A MEETING between the management of the Greater Edendale Mall and five taxi associations will be held on Monday in a bid to save the struggling mall’s future. 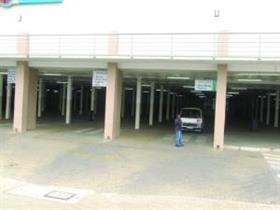 A MEETING between the management of the Greater Edendale Mall and five taxi associations will be held on Monday in a bid to save the struggling mall’s future.

An R18 million rank was built at the mall to give customers easy access to the businesses inside, but few taxi associations have used the facility since it started operating.

This was apparently due to misunderstandings between the mall’s management and the associations.

“A lot of the problems related to routes. Those issues had to be sorted out first to avoid further misunderstandings or violence [within the taxi industry],” said Scotch Marokorane, a public transport consultant brought in as mediator.

Some of the five associations attending the meeting already use the rank at the mall, but the plan is to bring in more associations.

Marokorane said businesses at the mall were not performing well because taxis were not dropping passengers off at the facility.

“People can’t come into the mall because they have to walk quite a distance after being dropped off by the taxis,” said Marokorane.

Eric Nxele, who works at the mall and commutes daily, said people would rather shop in town than go to the mall because of the distance to be walked.

“Most of the people that shop here live nearby and can walk here,” he added.

Nxele, of Gibson’s Gate in the Vulindlela area, said he also experienced problems getting taxis home after work because those which come from town were full when they arrived.

Mall representative Matthew McCormick said there was a “massive” problem which could not be fixed overnight.

“Mistakes were made by both the taxi associations and mall management, but we are confident that things are looking up,” McCormick said.

McCormick said the rank was built to bring in more customers, but this had not gone as planned.

“We have had a few complaints from our tenants because there is not a lot of business coming in,” he added.

The mall currently has about 48 000 visitors a month, but was projected to bring in about 70 000 vistors when it was built.

“Things will change,” said McCormick, looking ahead to Monday’s meeting.