Many took the journey with him

IN the early nineties, I was teaching economics in a fifth-floor classroom at Khanya College in downtown Johannesburg... 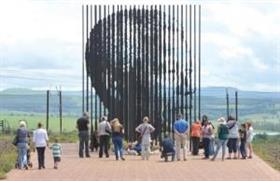 IN the early nineties, I was teaching economics in a fifth-floor classroom at Khanya College in downtown Johannesburg. During one of my early lessons at Khanya, I was in the middle of explaining supply curves when a roaring sound from the street below began to disturb my teaching.

I tried talking louder but the roar from the streets grew too powerful. As the sound reached a crescendo, my students got up and went to the window. I joined them there. This was my first exposure to the Mass Democratic Movement. I had been in many demonstrations in the United States, but what I saw in the streets below was totally different.

The protesters were not students or lifelong agitators like myself. These were workers, carrying their union banners — street cleaners, drivers, metal workers, miners, domestic workers and hotel waiters. In the U.S., workers were quiet, almost invisible. Yet with great joy and fervor, these South African proletarians were demanding, as they had for decades, an end to apartheid capitalism. Over the next few years, I would join their ranks on many occasions, gradually learning the songs, the chants, and the high kicks of the toyi-toyi.

During the past few days, as the world has reflected on the life of former president Nelson Rolihlala Mandela, these ordinary South Africans have been largely absent from the media accounts.

We have witnessed a rapid rewriting of history, where the struggle spearheaded by the Mass Democratic Movement that marched past my classroom has been collapsed into the special personal determination and charisma of one great man and, at most, a small circle of people around him.

Having spent six and a half years in prison myself, I have the highest regard for Madiba. But he did not take his long walk to freedom alone, nor did he succeed because of some American-style rugged individualism.

Madiba was a product of his traditional Xhosa community in the Eastern Cape. He was also a product of a hateful apartheid system that propelled him to envision a loving, inclusive alternative. But most importantly, Madiba was a product of some of the most profound social movements of the 20th century. From the ANC Youth League of the forties through to the United Democratic Front and the Mass Democratic Movement of the eighties, he was surrounded by thousands of people grappling with the complexities of changing a hateful system and constructing a society based on participatory democracy and sharing of wealth. That long road to freedom that Madiba walked was a crowded highway bursting with masses of creative, energetic, dedicated and vastly intelligent people. Madiba drew on their strengths to rise to his special heights. So when we remember him, let us not swallow the iconised version of an African giant, but instead keep in mind all those who walked that road with him, without whom he never could have undertaken the journey.

• James Kilgore is a research scholar at the Centre for African Studies at the University of Illinois. He lived in South Africa from 1991 to 2002. His novel, Freedom Never Rests, focuses on the struggle for water and social services in post-apartheid SA.

• The blog Africa is a Country is not about famine, Bono, or Barack Obama. It was founded by South African, Sean Jacobs.