Maritzburg Musicians Club tunes up for 2008

The Maritzburg Musicians Club (MMC) reopens next Tuesday and the evening starts at 8 pm with an open mic for anyone who would like to try the stage experience. 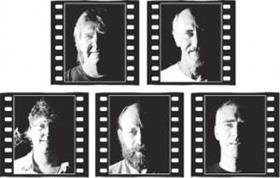 The Maritzburg Musicians Club (MMC) reopens next Tuesday and the evening starts at 8 pm with an open mic for anyone who would like to try the stage experience.

Support acts start at 8.30 pm with the main feature at around 9 pm. The evening is set to be one of good old rock — mostly dating from the seventies — with the Splayed Ferrets, consisting of Huyton Watts (vocals, blues harp), Jimmy Florence (hammond, keyboards), Barry Meintjies (bass), Chris Pelframan (drums, vocals) and Paul de Fleuriot (guitar, vocals).

Most of the members are involved in other bands and get together once a week to let loose and jam. The sound is based on music that they grew up with, namely classic seventies rock.

The repertoire includes songs of Deep Purple, Golden Earring, JJ Cale, Bad Company, Santana and Blues artists. The Splayed Ferrets are good fun, good music, and bring a party atmosphere. This attitude is exemplified in the music they play. Support musicians for the evening include Jonathan Handley and Abbo Hall.

MMC line-up for the next month:

• March 25: The club is going to hook a passing band from Splashy Fen for those who don’t make the weekend in the mountains.

In the pipeline is a Simon and Garfunkel evening as well as a jazz evening — so mark off every second Tuesday evening in your diary now.