Is Bafana player injured after crash? THE “prodigal son” of South African football, Pietermaritzburg’s Bafana Bafana star Mbulelo “Old John” Mabizela, has gone awol again and the mystery behind his disappearance deepens as his mother, friends in the city and club Mamelodi Sundowns cannot say where he is. 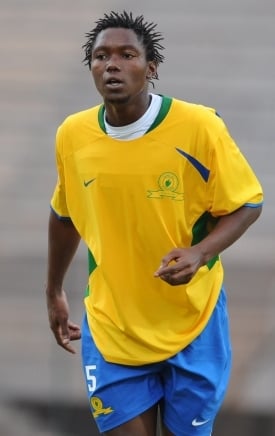 THE “prodigal son” of South African football, Pietermaritzburg’s Bafana Bafana star Mbulelo “Old John” Mabizela, has gone awol again and the mystery behind his disappearance deepens as his mother, friends in the city and club Mamelodi Sundowns cannot say where he is.

Reports that Mabizela was involved in a car accident were not confirmed by the police or his mother, but locals say they witnessed the accident.

When The Witness asked his mother, Mamazane Old-John, about his whereabouts, she refused to answer. “I’m afraid I cannot answer that question,” she said and put down the phone.

It is reported that Mabizela did not go to see his mother over the weekend when he was in the city. He arrived last week with the intention of showing his mother his new Chrysler 300C car, but it is alleged that his mother only saw the car when it was brought by a breakdown truck to her home.

The police said there is no record of an accident involving Mabizela, but newspapers reported that his mother told club officials that Mabizela was involved in a car accident. It was also reported that his car had been damaged and was parked at his grandmother’s house in Chase Valley.

However, when The Witness visited his grandmother’s house in Sanctuary Road, the car was not there. It is not clear whether the car is at his mother’s home in Athlone.

Residents of Panorama, Pietermaritzburg, said Mabizela crashed his new car into a tree on Monday afternoon. It is alleged that Mabizela was with his younger brother, Sibongiseni, and friends when he lost control of the vehicle. Locals rushed to the crash scene because they “were worried about their local hero”, but were rudely told by his friends and brother to stop looking and go away.

Mabizela was supposed to report to the Bafana team at O.R. Tambo airport on Sunday, but he did not arrive and the national team played on Tuesday night without him.

Mabizela was also a no-show for his Mamelodi Sundowns’ match against SuperSport United on Saturday night.

At the time, the club claimed Mabizela was injured, but yesterday Sundowns admitted that Mabizela has gone missing and they have no idea where he is.

“He is definitely not back at the club. We spoke to his mother on Tuesday night and she said that he is at his home in KwaZulu-Natal. His mother called our team manager, Harris Chueu, but we have not heard from the player himself, and we don’t know where he is,” said Sundowns spokesman Mahlatse Mphahlele.

Asked if Mabizela had permission to leave the Sundowns camp, Mphahlele said: “He didn’t really have permission. He was supposed to report for the national team on Sunday, but he did not. And he has since not returned to Sundowns or contacted us.

“We will just have to wait for him to return, and to explain himself, and then we will take it from there.”

This is in contradiction to a statement made by Sundowns technical director Ted Dumitru on Tuesday. Clearly attempting to protect the errant Mabizela, Dumitru released a statement claiming the player was in fact injured and in need of an operation.

Mabizela’s latest infringement follows a long line of disciplinary indiscretions that have derailed a once promising career. He was released from Tottenham Hotspur in the English Premiership in 2004 following disciplinary problems.

A few months earlier, he had been stripped of the Bafana captaincy for going awol.

In 2006, he was suspended for six months for the use of a banned substance.

This is the second time this year Mabizela has gone missing from Sundowns. In February, the defender received a slap on the wrist from the club after going missing for a week, with Sundowns claiming Mabizela produced a good enough excuse.

He only recently returned to the Bafana team. Mabizela impressed in last month’s 1-0 African Nations Cup qualifying defeat to Nigeria.