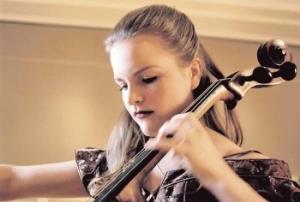 Today, Arjan Tien is on the podium for a Beethoven and Tchaikovsky concert. Anton Nel will play the haunting Third Piano Concerto by Beethoven. The overture is Beethoven’s Prometheus and in the second half, Tchaikovsky’s First Symphony will be performed.

Artistic director of the KZN Youth Orchestra and a resident conductor of the KZNPO, Lykele Temmingh, conducts on June 12. The programme is Mozart’s Die Entfürung Aus Dem Serail Overture, the same composer’s Piano Concerto No. 15 (Boris Giltburg as soloist), Brahms’s Variations on a Theme by Haydn and Britten’s Four Sea Interludes from Peter Grimes.

American Leslie B Dunner — a great favourite with the KZNPO — comes back to conduct on June 26. The soloist for Schumann’s Cello concerto in A minor will be Anzel Gerber and the other works featured will be Berlioz’s Les Franc-Juges and Nielsen’s Symphony No. 2 The Four Temperaments.

The following Thursday, Victor Yampolsky conducts an all-Mozart concert. Sabine Baird (flute) and Linor Steinhausen (harp) will perform the Concerto for Flute and Harp and the rest of the concert will be taken up by the Divertimento and the Symphony No. 40.

Yampolsky will also conduct the final concert of the season on July 10. There are just two works on the programme — Vaughan Williams Symphony No.5 and Brahms’s four-movement Piano Concerto No. 2, with Christopher Tainton as soloist.

Once again, there will be pre-concert lectures at 6.15 pm in the Royal Hotel before each concert, presented by the KZNPO, in association with the Friends of Music. These talks are designed to enlighten and entertain, and each speaker is an authority on their subject. The admission price of R30 per person includes light refreshments.

Subscribing to three or more concerts in the series offers considerable savings on the price.