A TRUCK driver had to think and act quickly to avoid another serious accident on the N3 near the Liberty Midlands Mall yesterday. 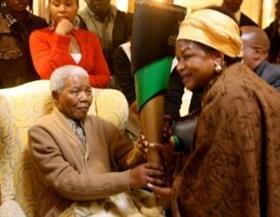 A TRUCK driver had to think and act quickly to avoid another serious accident on the N3 near the Liberty Midlands Mall yesterday.

The driver, who identified himself as Eddie, said he decided to drive up the embankment and crash into a wall next to the N3 to avoid hitting two people in the emergency lane.

It was the second truck accident on the same stretch this week. On Monday, a truck driver was killed after his brakes failed on Town Hill.

Eddie said he had just passed the bridge near the mall when his brakes failed. “I was driving down probably at about 15 km/h as it was bumper to bumper traffic.

“I noticed that there were two people that were standing on the road, their car had broken down … I tried to brake, but my brakes failed and the momentum of the truck carried it forward,” he said.

He said he decided to drive the truck into the wall.

“I thought that at least if I crashed it into the wall, it would stop. I could not drive into those people because I would have killed them.”

The truck lost its container.

The accident caused delays on the N3, with vehicles queueing almost to the top of Town Hill until after 7 pm when the truck was removed.