BOOK REVIEW A History of Namibia: From the Beginning to 1990 Marion Wallace with John Kinahan Jacana 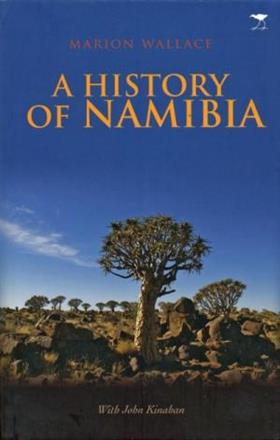 BOOKS like this general history that bring together the work of various writers are not as common as they used to be. Historians these days prefer to make an impact with more specialised publications such as recent offerings on the Namibian war of 1904 to 1908. But this is a good, clearly written example of an old tradition.

It kicks off with an archaeological survey and chapters on pre-colonial times. In her account of political and economic power relations, Wallace makes the point that in an arid country in which wealth was accumulated in cattle, its forcible transfer was all too easy. While the colonial period lasted little more than a century, it was remarkably varied: German colony; South African military occupation; League of Nations mandate; and effective incorporation into South Africa. Only in 1994 was Walvis Bay finally returned.

Wallace agrees that genocide is the correct term to apply to the campaign waged against the Herero and Nama, although she does not pursue the idea that this might have been a rehearsal for the European Holocaust. Unfortunately, little is said about the influence of Nazism on the country’s politics in the thirties. But she is particularly interesting on the reasons why South Africa was so keen to occupy Namibia and on its self-serving attempts to document the territory’s ethnography.

Perhaps the most crucial point made by this book is that the history of the struggle period from the mid-sixties to independence in 1990 is yet to be written. As in South Africa, there is a popular, simplistic historiography of liberators versus oppressors.

But apart from reminding the reader of the hundreds who died in Swapo exile camps, Wallace demonstrates the complexity of anti-apartheid politics, which involved the churches, trade unions, civil society and a remarkable diversity of political groups, despite the small population. She has produced a book that will appeal in equal measure to both the academic and the general reader.