New movies: Terminator and The Unborn

IT’S summer in the United States and that means it’s blockbuster season and one of the biggest moneyspinners of the year is likely to be Terminator Salvation, the latest instalment in the hugely popular Terminator franchise that made Arnold Schwarzenegger a household name.... 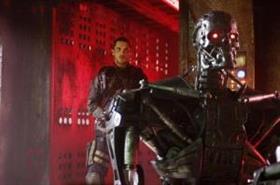 IT’S summer in the United States and that means it’s blockbuster season and one of the biggest moneyspinners of the year is likely to be Terminator Salvation, the latest instalment in the hugely popular Terminator franchise that made Arnold Schwarzenegger a household name.

The director of the film — which opens at CineCentre today — McG (Charlie’s Angels, We Are MarKshall), admits happily to having been a fan of the film series for most of his life.

The Terminator, written and directed by James Cameron, was released in 1984 and introduced the world to the Cyberdyne Systems Model 101 T-800, played by Schwarzenegger, who is sent back in time by Skynet to stop the future leader of the resistance from ever being born. But the leader also sends back a human soldier, Kyle Reese, to protect Sarah Connor and, ultimately, father a child with her — a child who will grow up to become Skynet’s greatest foe.

Cameron’s follow-up, Terminator 2: Judgment Day, released in 1991, picks up the story after Sarah Connor has been institutionalised and her now-teenaged son, John, must defend himself against a sophisticated T-1000 Terminator (Robert Patrick), which Skynet has sent back in time to assassinate him. But the future-Connor sends back a reprogrammed T-800 to protect his younger self and stop judgment day from happening.

Director Jonathan Mostow closed the first trilogy in 2003 with Terminator 3: Rise of the Machines, in which the terrible event Connor and his mother spent their lives trying to prevent — judgement day — rains nuclear war across the world at Skynet’s command.

The latest film is set in a post-apocalyptic Earth in 2018 where Connor (played by Christian Bale), the man fated to lead the human resistance against Skynet and its army of Terminators has discovered that the future he was raised to believe in is altered, in part, by the appearance of a stranger called Marcus Wright (Sam Worthington), whose last memory is of being on death row.

Connor must decide whether Wright has been sent from the future, or rescued from the past. And as Skynet prepares its final onslaught, the two men embark on an odyssey that takes them into the heart of Skynet’s operations, where they uncover the terrible secret behind the possible annihilation of humankind.

In bringing the long-promised Terminator future to life, the director wanted to create a vision that was no less real. “I didn’t want to shoot actors against green screens; I wanted them reacting to physical Terminators,” he added. “I wanted the desolate American West — an expanse that suggests a world of hardship, so you could taste it and feel it.

“Because the bombs have gone off and damaged the ozone, the sky’s a bit of a different colour. Earth has a different quality, and you immediately realise something is wrong.”

• New at NuMetro from today is The Unborn, a supernatural thriller about a woman who believes that a dybbuk, a malevolent spirit that refuses to leave the human world and inhabits the body of a person, is haunting her. The film also stars Gary Oldman as a rabbi asked to perform a Jewish exorcism to remove the dybbuk.