‘Not a saint, a human being’

NTOKOZO Ngcobo, as an eight-year-old, was one of four children who greeted Mandela on the runway on his first visit to the west, in 1991... 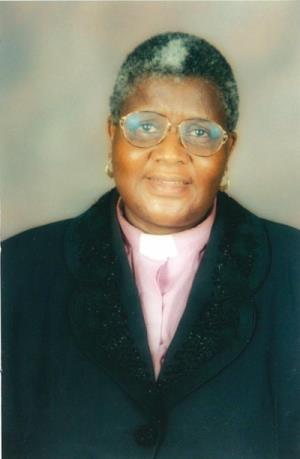 NTOKOZO Ngcobo, as an eight-year-old, was one of four children who greeted Mandela on the runway on his first visit to the west, in 1991.

Now a political scientist in the United States, Ngcobo (31), recalled “getting a big hug from Winnie and Madiba” in a chaotic welcome — and said Mandela would be missed by humanity.

Her mother, Dr Mankekolo Mahlangu-Ngcobo — a pastor and author — revealed to Weekend Witness she would “be involved” with the official memorial service for Mandela in Washington DC on Wednesday.

Last year, Mahlangu-Ngcobo, who as a political exile led fund-raising for the ANC in Baltimore in the early 1990s, led the U.S. memorial service for the victims of the Marikana massacre.

Yesterday she said she viewed the past six months of Mandela’s life as “a bonus”, having asked her American friends to join her in “asking God to please keep him with us past his 95th birthday”.

“We are so blessed to have had him so long — and it was a blessing he slipped away in peace with his family,” she said. “The thing about Mandela was that he knew how to let go of power. He understood his place in history, and did not think he was the only person who knew how to do things right. He was a fine president, but he stepped down — I think the only African leader ever to go voluntarily.”

Mahlangu-Ngcobo recalled the critical months in exile leading up to Mandela’s release, “When our prayers and our divestments from South Africa actions were heard by our God, he was released from Robben Island. It was Sunday morning in America. I asked my senior pastor if I can be excused from attending the service. My family, friends and I were glued to the television to watch the miracle of his release. It was unbelievable to see him walking out of the prison with Winnie. We sang What a mighty God we serve.”

She recalled Mandela’s “laughter” at a hotel in Washington as she proposed fund-raising in multiples of the 27 years he had served in prison — “$27; 54; 81 and so forth”.

Having recently finished reading Mandela’s recent book Conversations with Myself, she said, “I liked the part where he said that he was not a saint but a human being. His humility in spirit is phenomenal.”