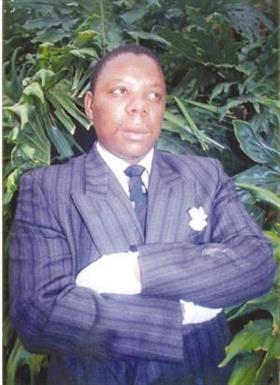 Close friend Rare Msomi, who is the Deputy Rector at Umgungundlovu FET College said Mchunu ran a number of businesses in the city and beyond. Ukuthula Mdu’s Tavern in Unit 3, Imbali, and Spellbound Bar and Restaurant in Chapel Street are but two of the businesses that he owned.

Mchunu also assisted a number of tavern owners in obtaining liquor licenses through the Liquor Board. In addition he ran a thriving business as a labour consultant for a variety of businesses in the city and beyond.

Mchunu was born in November 1959 at Slangspruit, Pietermaritzburg. After matriculating at Isibonelo High School, KwaMashu, he joined the Department of Justice in Mahlabathini and later transferred to Umbumbulu as an administrative clerk. In 1986, he was transferred yet again to the Vulindlela offices of the Department of Justice. This is where his political awareness took root as he interacted with the poor rural communities. This led him to join the underground struggle of Umkhonto Wesizwe. In his role as an underground operative, he travelled widely in Southern Africa to carry out missions.

Mchunu was a founder member of Nehawu and worked for many years as its local organiser.

As a public-spirited person and a community leader he accepted a chairperson position in the first Unit 3 branch African National Congress after its unbanning.

Mchunu was also a founder member of KZN Midlands branch of the South African National Civics Organization (SANCO). He was recently elected as secretary to the local branch of Foundation for African Business and Consumer Services (FABCOS).

Mchunu is survived by his wife Madam (MaMdladla), five daughters and three grandchildren. He also leaves his elder siblings, Ntombo and Skhosiphi.

His funeral service will be held at 10:00 on Saturday 13th of June at the Plessislaer campus of Umgungundlovu FET College in Imbali.