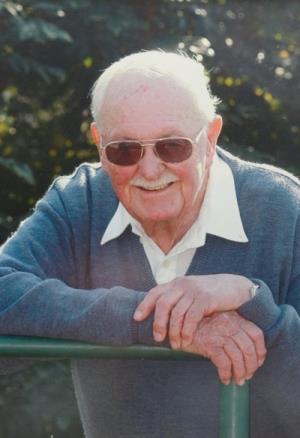 He was the driving force behind the completion and furnishing of Riverside Park Home, Padca’s flagship frail care home, and the development of Woodgrove retirement village.

An analytical chemist, Sennett worked in Zambia before moving to Pietermaritzburg in 1959, shortly after marrying his late wife Phyllis. The couple came to KZN to try their hand at chicken farming. This did not work out so he returned to formal employment, getting a job at Hulett Aluminium, which was known as Alcan at the time. He rose up the ranks of the company, becoming chief chemist and eventually being appointed managing director.

Hillary Mumford, CEO of Padca, in preparing her tribute to Sennett, learnt from his former colleagues that he was instrumental in developing the lucrative aluminium foil market in South Africa.

She said he recognised that welfare organisations had to be run on sound business principles in order to survive and was instrumental in turning Padca into a strong and successful organisation. Mumford added that as a result the organisation was able to build Riverside and Woodgrove.

On his retirement Sennett received an award from Padca in recognition of three decades of distinguished service to the Aged in Pietermaritzburg.

According to friends and colleagues, Sennett had a superb memory, and numbers were his passion. He initially resisted the use of computers within Padca and staff were later astounded when he mastered using a computer at the age of 82, revelling in Excel, e-mail and Internet banking.

Mumford was told that he would relax with a Sudoku book, tackling the most difficult puzzle. Sennett also had a passion for woodwork and the building of clocks both large and small. He travelled overseas and locally, especially to the Kruger Park and to fish off St Lucia. After he retired, his snooker afternoon was sacrosanct and he enjoyed socialising, particularly in his beloved Woodgrove pub.

Born on October 11, 1924, Sennett grew up as one of four children in a farming family in Senekal in the Free State. He leaves no children. A celebration of his life takes place today at the Louis Sennett Centre, Woodgrove, at 10.30 am.