A PIETERMARITZBURG family are among at least eight South Africans who survived a Friday 13th horror capsizing of their luxury cruise liner off the Tuscan coast, which claimed the lives of at least five people. ... 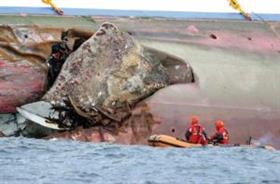 A PIETERMARITZBURG family are among at least eight South Africans who survived a Friday 13th horror capsizing of their luxury cruise liner off the Tuscan coast, which claimed the lives of at least five people.

Scores of people are still missing, in scenes survivors described as reminiscent of the Titanic sinking.

When the Costa Concordia capsized, Faizal Agjee (51), the owner of a long-established business in Howick, his wife Nafeesa (48), and their children Zaheer (18) and Zahra (22) managed to clamber into one of the lifeboats. They were at the Hilton Hotel at Rome’s airport last night trying to come to terms with their ordeal, in which they lost everything, including their passports.

Faizal’s sister-in-law, Sheema Loonat from Johannesburg, contacted The Witness yesterday morning, for help after South African embassy officials had not made contact with her sister and her family, while other foreign nationals were receiving help from their diplomats.

The Witness was able to facilitate contact between the family, who live at the Victoria Country Club estate, and the Department of International Relations. Reached for comment, Faizel Agjee said: “We are lucky to be alive”, but declined to describe the harrowing ordeal further. “It is too traumatic to relive”, he said, and directed queries to his journalist nephew in Durban.

Above: (From left) Pietermaritzburg couple Nafeesa and Faizal Agjee, and their children, Zahra (22) and Zaheer (18).

Loonat said her sister told her that the family were in the middle of their dinner at about 9 pm, when things went horribly wrong.

The cruise liner tilted and glassware came crashing and that’s when Zaheer — who matriculated with two distinctions last year at Carter High — noticed that passengers were scrambling into lifeboats. When the Agjees climbed into one of the lifeboats, they were forced to disembark and find another, after it became stuck when lowered.

When they arrived on land, the Agjee family were taken to a school hall, before being moved to the Rome hotel, where they were given tracksuits to wear.

“What angered them was that when all the passengers were being assisted by their embassies my sister and her family had no one,” said Loonat.

Other South African survivors include Narien and Mike van Dijk of Pretoria. Mike was among the passengers who complained that the crew were slow to help passengers to safety.

“We had to scream at the controllers to release the boats from the side,” he said. “We were standing in the corridors and they weren’t allowing us to get on to the boats. It was a scramble, an absolute scramble,” he reportedly said.

Van Dijk owns the Ultra Embroidery Company, and like many others had hoped for a beautiful getaway. A family friend, Breean Spies, told The Witness the couple were doing “fine despite the odds”.

Spies said he had a brief chat with Van Dijk the night the liner capsized and again on Saturday.

“She said everything is a big mess and in shambles. They’re constantly moving around. I don’t even know which hotel they are staying in. I think she’s called me from three different numbers but she’s fine.”

In her account to the The Daily Beast online newspaper, Narien van Dijk said they had run to the top of the ship and hurried into a lifeboat, but as the ship tilted to its side, they were suspended for nearly 45 minutes in midair. “It was so terrifying,” said Narien. “We didn’t know if we’d be stuck in the lifeboat as the ship sank or how we’d get out of there alive.”

Reuters reported that as delays continued and the crush built up in the lifeboats, many passengers decided to take their fate into their own hands and swim to shore.

“We were standing and the water started coming on my feet, and I said to my wife ‘that’s it, we’re going’,” Davis told local broadcasters.

Once in the cold water, however, they faced a new danger as the enormous ship loomed above them.

“I kept looking at the boat, it was coming down so I wanted to make sure I could get further away, so that if it comes it didn’t trap us,” Davis said. “And I got on my back and I said to my wife: kick! kick! kick! swim!”

He said he saw around 100 people swim ashore in the dark and icy waters.

Davis’s son, Bradley, who lives in Johannesburg, said his father and stepmother had visited him in Johannesburg over Christmas and then embarked on the cruise to celebrate their birthdays. His dad turned 60 on December 30 and Andy’s birthday is tomorrow.

They were eating with friends when the disaster struck.

“My father did not hear, as much as he felt something was wrong. Then plates and cutlery started sliding around. Chaos broke out.”

When his dad could not find a lifeboat on one deck he rushed to another.

“There was pandemonium. The ship listed even more and someone fell against my dad and pinned him to a wall.”

The couple swam about 100 metres to a small island, guided by the light of a torch on Davis’s lifejacket. Six other passengers were already on the island. They were later rescued by a ferry and taken to another island.

“Here it looked like a war scene, with ambulances and people who were missing loved ones.

“My dad and Andy are very traumatised, but they are strong people,” said Davis jnr.

South Africa’s ambassador to Italy, Thenjiwe Mtintso, told The Witness last night that contact had been made with six South Africans.

The Italian government had created a call centre for passengers to contact to say what countries they were from. She said embassy staff had also been dispatched to search for any more South Africans.

“ We are doing our best to ensure that the known South Africans are comfortable,” said Mtintso.

She said she would meet the South African survivors today to assist them with getting passports and arranging their return to South Africa.

Spokesperson for the Department of International Relations and Co-operation, Clayson Monyela, said the reason the South African Embassy in Italy did not quickly jump to assist South Africans was because it was told by its counterpart and the company managing the cruise liner that there were no South Africans on board.