What’s polite for one culture may be disrespectful for another 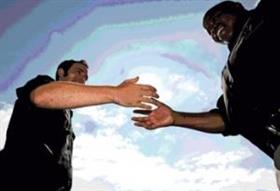 A Danish proverb exhorts: “If you have no money, be polite.” But perhaps Alexander Pope got it right when he said that the only true source of politeness is consideration.

Whatever one’s take on the subject, there are intrinsic differences of politeness between those who speak English and those conversing in indigenous African languages.

This is one of the findings of research conducted by University of Johannesburg English academic Joy Lwanga Lumu.

Lumu has conducted “politeness research” for two years. Backed by an international donor, she has examined speech patterns and “politeness realisation patterns” in English and six South African indigenous languages, including Setswana, Xhosa and Zulu, and using 1 200 respondents.

Although still in the process of collating the data, Lumu recently published in the UK-based Journal of Politeness Research, where she revealed her initial findings focusing on the simple act of apologising.

“In English, one just has to say one word, ‘sorry’, while in African languages there are various intonations, and body gestures such as eye contact and hand movements to indicate an apology,” said Lumu.

In Western society, failure to make eye contact while talking to someone is sometimes considered shifty, while in African culture, not looking another person directly in the eye can be an indication of politeness and deference.

Even the act of shaking hands sends out different messages across the cultures. In Western culture, the handshake is firm, but performed only once; in African culture it’s a longish ritual which might result in two people shaking one another’s hands twice or even thrice — to establish warmth.

As part of her research, Lumu conducted interviews and analysed role-playing sessions.

“What can be deduced is that there are significant differences emanating from the notion of how people view politeness in society. We can now deduce that politeness is culture specific and dependent on cultural norms, thus there is a need to understand the similarities and differences.”

She said this is essential as it would make South Africans more aware of different cultural norms and encourage them to develop a greater respect and tolerance for other cultures.

She said understanding the differences in politeness and language allows people to avoid stereotypical attitudes and miscommunication — something that is commonplace in a country with 11 official languages .

This is crucial, especially “given post-apartheid South Africa’s growing stature as a microcosm of global encounters”.

She said an understanding of aspects of politeness and linguistics is also helpful for school teachers and language therapists, helping them understand the “linguistic behaviour of their pupils, students and clients”.

“The languages we speak, for example, have characters of respect in them .

“We say a child is ill-mannered when his tone is different or his choice of words is different. However, among English-speaking people, these could be construed as perfectly acceptable.”

In African culture it is considered rude to raise one’s voice or point a finger at elders when speaking to them.

Yet another polite expression of gratitude and respect is when an African person accepts something from another person: with the head slightly bowed, he or she taps the palms of the hands together briefly before accepting the object in question. Taking an object from another person with one hand is considered rude — ukugxavula (snatching).

Sithole said one of the basic tenets of African language is that it is rich in terms of “teaching people behaviour. We tend to behave in the way we speak and use gestures and signs to qualify what we say.”

Irreverent stand-up comedian David Kau said he varies his performances depending on the race of the audience because of different levels of political correctness and linguistic differences between white and black South Africans.

“A mostly black crowd would complain if one were to swear profusely or talk about sex, while such content is considered normal with white audiences.”

He said body language is part of expressing oneself in an African language. Certain jokes delivered in an indigenous tongue would never work if translated into English, and vice versa.

“Some jokes cannot be translated and are only funny if delivered in English or an African language.”

He said that, the world over, indigenous languages go hand-in-hand with physical communication.

“There are also ways of observing protocol. For example, if I spot older black folk at a function or visit a black home I take my cap off as a sign of respect.

“But, generally, you wouldn’t find a white person doing the same.”

He said such differences, to an extent, make for great comedy: “We must accept that we are different. We are constantly forced to pretend we’re all the same, but we’re not.”

President of the SA Hindu Dharma Sabha and former school principal Ram Maharaj said that, in his experience, African pupils are the most respectful.

“For example, African pupils at my school used to call us ‘baba’ (father), as they regard all elders as uncles or fathers, and this is a mark of respect.

“Similarly, Indian children are taught to address elders as ‘uncle’ or ‘aunty’. White children, generally, are taught to use much more formal terms, like ‘sir’ or ‘mister’.”

He says the “body language” of African children is endearing and humble. “Most indigenous languages, in fact, incorporate physical and verbal aspects. When we greet in Hindi, for example, we say ‘namaste’ and we put our hands together. This indicates that you are making an effort in saying good morning, or saying sorry.”

Lumu said this was why Adriaan Vlok recently not only apologised to the Reverend Frank Chikane for trying to poison him during the apartheid era, but also washed his feet. “It was a non-verbal gesture made by a man from a totally different cultural and linguistic background and, by him going out of his way, showed sincerity. He realised how a simple gesture is expected and appreciated in African culture.”