PMB pilot’s funeral to be hosted at Oribi Airport

THE chief flying instructor of the Pietermaritzburg Aero Club, Alick Rennie, will be laid to rest on Friday... 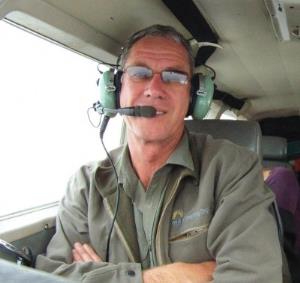 THE chief flying instructor of the Pietermaritzburg Aero Club, Alick Rennie, will be laid to rest on Friday.

His funeral service will be hosted at the Pietermaritzburg Oribi Airport on Friday at 11 am, said the family’s spokesperson, Gareth Whitaker.

Rennie, with fellow pilot Dave Grosvenor — both experienced pilots — died when their plane crashed in a sugar cane field in the Richmond area on Wednesday last week. Grosvenor’s funeral details have not yet been confirmed, but The Witness understands his funeral service will be held at the Virginia Airport on Thursday at 2 pm.

Rennie and Grosvenor were on a test flight in a two-seater plane while Grosvenor was renewing his aeroplane licence.

The search for them began after the Pietermaritzburg control tower could not raise them on the radio or find them on radar.

They left Pietermaritzburg at around noon and should have been back by 3 pm, having had a fuel range of three hours, said police spokesperson Captain Musa Ntombela.

“The plane seemed to have nosedived into the sugar cane fields, there were no glide patterns,” said Ntombela.

Whitaker said the families were still not aware of what caused the crash as the South African Civil Aviation Authority was still investigating.

A pilot, who spoke to The Witness and asked not to be named, said the accident could have been a result of one of the training moves. He said in a flying test there were two mandatory moves.

“You have to practice stalling the aircraft from 3 000 feet, giving yourself plenty of time to recover, and you have to do a forced landing, by gliding right down and then flying up again.

“Who’s to say what went wrong, but it must have been a catastrophic fault, maybe engine failure.”

Chairperson of the Pietermaritzburg Aero Club, Gary Keyser, said the accident was a tragedy.

“It’s a tragedy. Such accidents should not happen to such good pilots, but they do,” he said.