FOUR Pietermaritzburg hockey personalities jetted off to Singapore and Malaysia this week for the men’s Junior World Cup.... 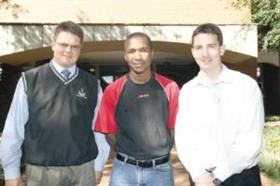 FOUR Pietermaritzburg hockey personalities jetted off to Singapore and Malaysia this week for the men’s Junior World Cup.

Varsity students Duzo Khanyile and Dalan Phillips are in the SA U21 team, Ayden Shrives (26) continues his meteoric rise up the world umpiring ranks, and SA U21 manager Graham Bennetts shows steady progression to the top of SA hockey team management.

Former SA Schools’ players Shrives and Khanyile are both Maritzburg College products, Bennetts is head of marketing at the school and Selborne College (East London) product Phillips is a boarder master at College.

Shrives’s rocket-rise is perhaps the more remarkable achievement at this stage.

He started umpiring aged eight, and from officiating in boys’ age-group interprovincial finals, international exposure began with the Africa Youth event nine years ago. At age 20, he made a commitment that umpiring would come first over an auspicious playing career at provincial (KZN Inland) and national (SA Schools) level.

“Two years ago I umpired my first senior international event, a Four Nations in Chile,” said Shrives. “I ended up officiating in the Four Nations final and was awarded my International Hockey Federation (FIH) grade.

“Through hockey I was offered a position at Belgotex Floorcoverings in PMB to drive the synthetic turf hockey brand, Greenfields,” Shrives said. “For me, hockey is my passion and my career, and a great platform to travel the world,” he said.