Polokwane: beyond the gloom 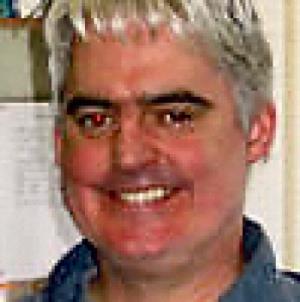 SUPPOSEDLY radical changes to the leadership of the African National Congress (ANC) in the aftermath of its Polokwane conference are being widely greeted with alarm.

Some critics bemoan a “communist take-over” of the liberation movement. Others, such as Democratic Alliance leader Helen Zille, complain that the ANC “has been irreversibly captured by populists, careerists and convicted criminals”. Still others quake with fear because new ANC president Jacob Zuma allegedly dominates the new leadership collective.

These three evidently incompatible knee-jerk reactions cannot all be right and it is most probable that none of them bears more than a grain of truth.

First, branch delegates at Polokwane magnificently chose the least bad option when they elevated an admittedly flawed Zuma over what had become a totally unthinkable Thabo Mbeki. They rejected Mbeki’s Putin-esque ambition to retain the ANC presidency, manage the state presidential succession and rule from beyond the political grave.

The Mbeki faction’s arrogant domination of the empowerment state, the public broadcaster and the national policy process needed to be broken. The triumph of competitive internal politics signals to future ANC presidents that their misdemeanours will not be swept automatically under the carpet by a sympathetic successor.

Second, the ANC’s new collective leadership is more impressive than critics claim. Looking beyond Zuma, the remainder of the “top six” national executive committee (NEC) offices are in safer hands than during the Mbeki era. Few will lament the departure of Mendi Msimang and the elevation of Mathews Phosa to the treasurer-general’s office. The new deputy secretary-general, Thandi Modise, has a strong reputation as a fighter against corruption and a champion of robust parliamentary oversight of the executive.

The pivotal figure in the top six, however, is the new secretary-general, Gwede Mantashe. Reputed to be a man of exceptional integrity, Mantashe would appear to be neither “Zuma’s man” nor a dangerous communist radical. An organic intellectual from an impoverished village of migrant labourers, he will bridge what have become debilitating divides in the Tripartite Alliance. He can be expected to champion much-needed community participation in schools, policing and housing after a decade of Mbeki’s top-down dead hand of “delivery”.

The confident and measured manner in which Mantashe has taken on the mantle of secretary-general indicates that it is the broad left alliance he represents that is now the dominant force in the ANC’s collective leadership and not Zuma’s band of malcontents.

Third, the full NEC elected at Polokwane shows equally little sign of being the plaything of Zuma. Under Mbeki, the NEC was on its way to becoming a club for people made famous by appointment to government office. The new NEC brings the great variety of the ANC’s regional political cultures — in all their glory and their shame — back to the centre of the movement’s decision making.

Joel Netshitenzhe cannot easily be replaced. However, his departure and that of Smuts Ngonyama have been eased by the selection of veteran intellectual Pallo Jordan as head of communications policy, and so primary drafter of ANC policy documents.

In what is likely to be the exciting area of party discipline, heavyweights Zola Skweyiya and Cyril Ramaphosa — again hardly Zuma-ites or radical communists — have been elected as committee chairs.

Finally, the overall composition of the expanded NWC has changed in largely positive ways. It has become too large to function as an executive committee for the political management of the Cabinet — which is a benign development — and it has lost most of its prominent cabinet ministers. Instead it now hosts six provincial MECs alongside robust regional power brokers such as Tony Yengeni and charismatic former ballroom dancing champion Makhenkesi Stofile. This suggests it will now provide a much-needed link between the centre, where policy is made, and the tumultuous regions where it has been only fitfully implemented.

Turning from the ANC to the executive, the members of the cabinet who have gained in stature from Polokwane have been powerful individuals and dynasty scions immune to control by Zuma, such as Jordan, Sisulu, Skweyiya and Radebe. With the exceptions of Mosiuoa Lekota, Ronnie Kasrils and Netshitenzhe, Polokwane’s executive losers are not irreplaceable. Tears need not be shed unduly about the possible retirement from the Cabinet next year of Ivy Matsepe-Casaburri, Ngconde Balfour, Manto Tshabalala-Msimang, Charles Nqakula, Membathisi Mdladlana or Essop Pahad. Even Thoko Didiza, Geraldine Fraser-Moleketi and Mandisi

Mpahlwa might well benefit from an extended vacation from Pretoria.

The judgments that Polokwane delegates made about the performance of their rulers, looked at in the cold light of day, were often devastatingly accurate.

The future, however, remains clouded with uncertainty. The composition of at least the full NEC reflects the fact that the ANC remains poised at the edge of an ethical precipice. The left has yet to show that it can forge a distinctive pro-poor economic policy that will not jeopardise gains from a decade of treasury prudence. Intemperate attacks on members of the judiciary and the national prosecuting authority suggest an uneven commitment to rebuilding the impartiality of state institutions.

Finally, there is Zuma himself. Mbeki’s faction could not have been removed without him. But the charms of the self-styled “little herd boy from Nkandla who happened to be a trade unionist” will soon wear thin in the event that he is allowed to seize for himself the institutional and patronage powers of the state presidency.